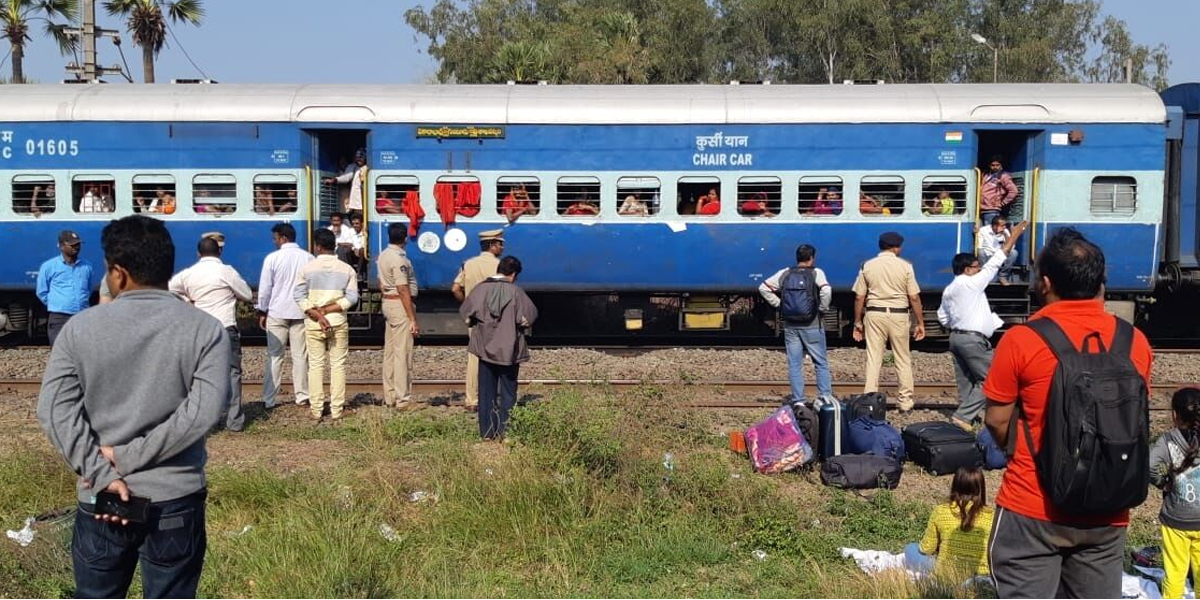 Pithapuram: Major mishap was averted to the Howrah-Yasvantpur Humsafar Express (train no 22887/22888) when fire took place from S-13 coach between Annavaram-Pithapuram route.

The train was stopped under Ravi Kankipadu railway station limits. Passengers had a sigh of relief after they found no loss of property or no casualty.

According to the officials, the passengers found fire from the coach due to technical problems, when the train which was on its way to Vijayawada from Visakhapatnam reached Ravi Kankipadu. The officials immediately halted it there.

The passengers were evacuated from it and the damaged coach was separated. The technical staff from Tuni inspected the train and the smoke came out due to jamming of wheels.