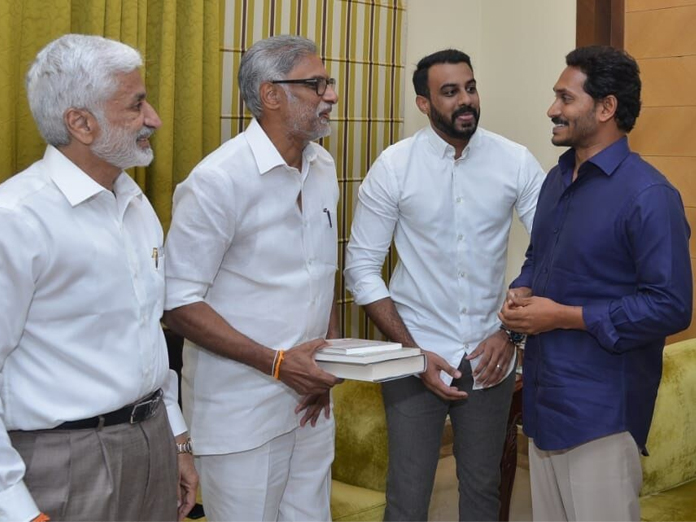 The former Ongole MP YV Subba Reddy and YSRCP general secretary Vijaya Sai Reddy also joined the meeting as Venkateswara Rao introducing his son to Jaganmohan Reddy and also presented a couple of books that he recently penned to the YSRCP president.

The meeting between the leaders was expected for quite some time and the Daggubati family prepared the ground for their joining into YSRCP.
It is said that they want to field Hitesh Chenchuram from the Parchuru Assembly constituency and win the support of local TDP leaders who were dissatisfied with the MLA Eluri Sambasiva Rao.

However, Daggubati Purandheswari, wife of Venkateswara Rao is the Chairperson of Manifesto Committee for Bharatiya Janata Party now.

She is expected to continue in BJP, though her husband and son join the YSR Congress Party.