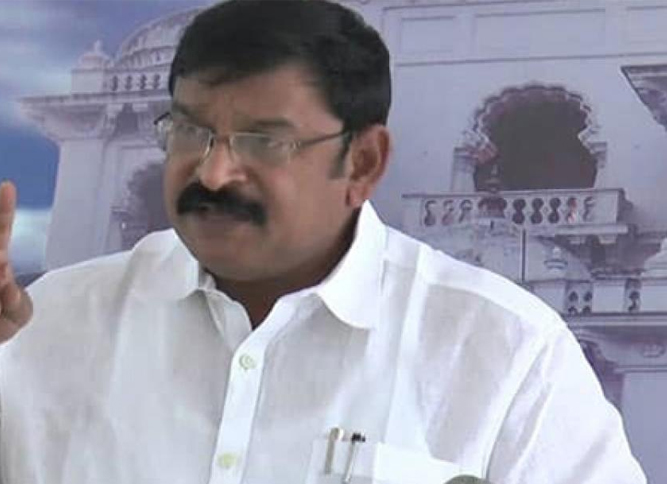 Speaking to media MLA Vishnu alleged that the followers of Minister are grabbing the houses which were allotted to the poor by the state government.

Even, Minister Ganta is also preventing the officials by not giving the quarters which were allocated to them, Raju said.

Vishnu Kumar Raju warned Ganta that it's not the right way to stop our quarters which were sanctioned under MLA's quota.

Might be Minister not knowing what his followers are doing... but if he corrects it then we will campaign for Ganta or else then the people will teach him a lesson in Coming elections, MLA Raju said.