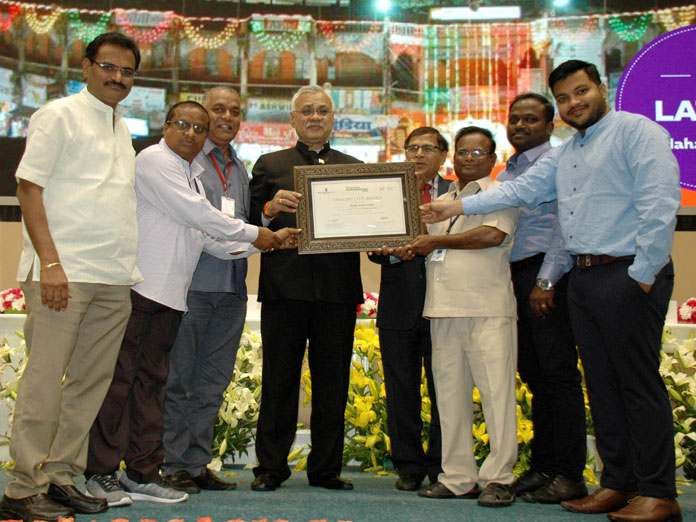 Tirupati/Vijayawada: The pilgrim city Tirupati and the capital city Vijayawada bagged 8th and 12th positions respectively in the top 100 cities in India in Swachh Survekshan rankings. These are the only two cities figured in the top 15 in the country. Greater Visakhapatnam Municipal Corporation, the biggest city in AP, ranked 23 in the country.

However, it should be noted that Tirupati, which stood at 6th position in Swachh Surveykshan-2018, slipped by two places this year while Vijayawada, which stood at 5th in 2018 and Visakhapatnam 7th in SS Survey 2018, failed to make it to top 10 positions this year.

The awards were presented in the presence of President Ramnath Kovind in a glittering ceremony in New Delhi on Wednesday. A team of senior officials of Municipal Corporation of Tirupati (MCT), including Municipal Engineer B Chandrasekhar, secretary Manohar, sanitary supervisors Govardhan, Chenchaiah and revenue officer N Sethumadhav received the award from President Kovind.

Chittoor district collector P S Pradyumna congratulated the corporation officials for getting 8th rank in SS survey and said that it was the only city from the state that was able to get into top 10 cleanest cities in the country.

Stating that the pilgrim city pushed back even the big cities like Vizag and Vijayawada to bag 8th place, he, however, wanted the corporation officials to work with renewed vigour to get a better ranking in the next SS survey.

Mayor Koneru Sridhar and municipal commissioner M Rama Rao said the civic body won the award with the collective efforts of people, corporators, officials and staff and due to the support extended by the state government.