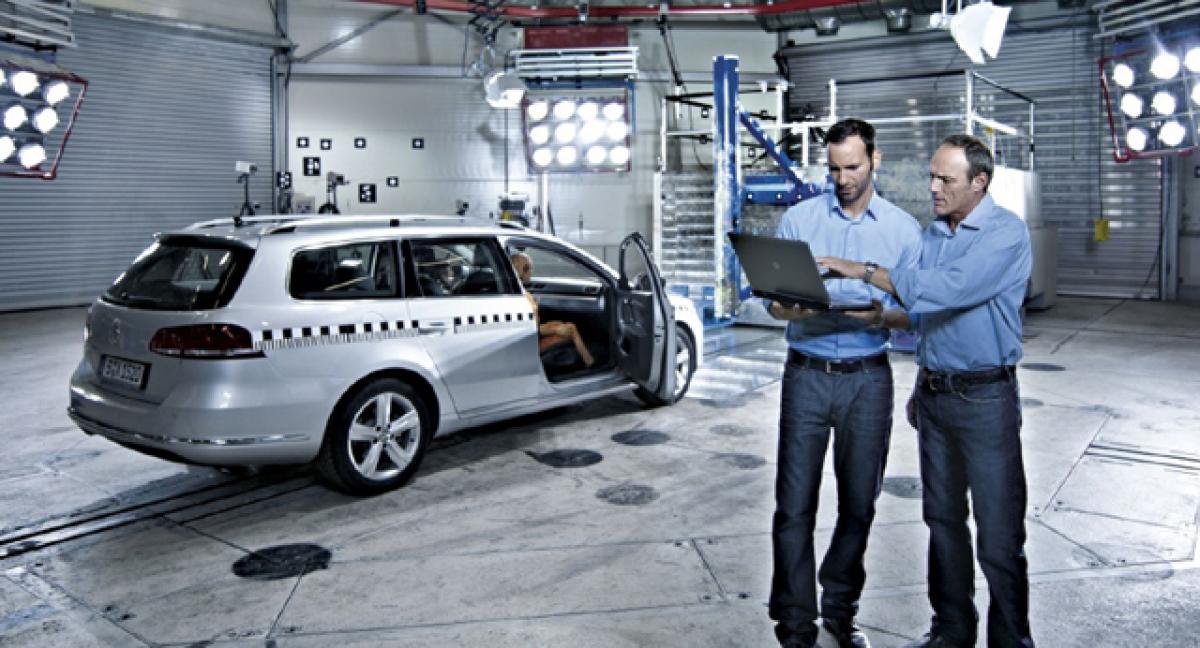 The latest crash testing infrastructure is a part of Passive Safety Lab at ARAI’s Chakan campus. It has an electric AC motor drive with a maximum payload capacity of 3.5 tonnes, proficient to propel vehicles up to speeds of 80 km/hr. The facility is capable of carrying out Frontal crash tests with speeds ranging between 48.5 km/hr to 53 km/hr, while a side impact collision test can be conducted at 50 km/hr.

Movable and deformable barriers are used to conduct all the aforementioned tests in a controlled environment. The crash test facility also includes a deceleration test sled (for testing seats, door locks, seat belts, luggage retention, etc.) and a static rollover test rig competent for a maximum speed of 80 km/hr. There is also a clutch test rig that has been designed in-house for testing wet, multi-plate motorcycle clutches for engine capacities ranging from 120cc to 1200cc.

The rig can handle up to 300 Nm of torque and safely tests engine speeds all the way up to 10,000 RPM. Coming to the more technical bits of the new plant, ARAI has installed a camera pit each (for capturing the under-body view) at the full frontal and frontal offset testing facilities. These include advanced cameras that can record at up to 2000 frames per second, thereby giving a detailed view of the crash tests. Lighting system at the Chakan plant can illuminate a specific area with an intensity of up to 1,50,000 Lux.

In all the tests, ARAI will be employing 50 percent hybrid dummies to replicate the repercussions of accidents on human beings. The government is taking the safety aspect of vehicles retailed in India seriously now and the new crash test facility is expected to be used well by car makers in the country for various research and development purposes. Another major test facility featuring a static rollover crash test that can support up to 25 tons and vehicles with a maximum wheelbase of 9000 mm is also being offered to manufacturers across the country.