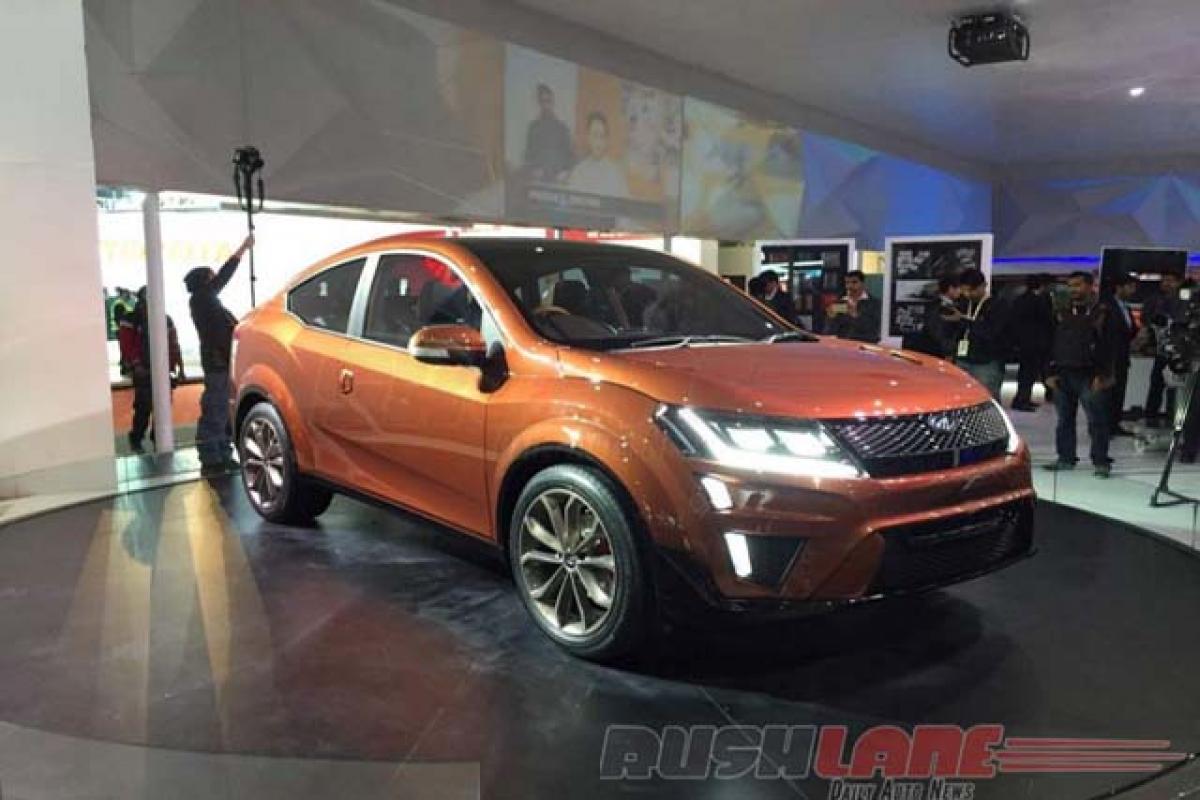 Mahindra and Mahindra has taken the wraps off their new XUV Aero concept based on the XUV500 at the 2016 Auto Expo.

Delhi: Mahindra and Mahindra has taken the wraps off their new XUV Aero concept based on the XUV500 at the 2016 Auto Expo.

Mahindra XUV Aero concept has made global debut at the 2016 Auto Expo. Seen as a coupe inspired SUV, it is the first of its kind in India.

Mahindra XUV Aero has been designed by the company’s design team in Mumbai, India with inputs from their subsidiary Pininfarina, the world-famous Italian design firm, who were also instrumental in helping with the design of the TUV300 and KUV100.

Mahindra XUV Aero will receive the most advanced and futuristic connected technologies. These will include BlueSense Bluetooth-enabled system, voice assisted Siri-like system and HVAC audio besides a host of others. One interesting fact about the new XUV Aero is that it has only one door on the driver side, while on the passenger side it has two doors, both opening in opposite direction, like in a Rolls Royce.

Mahindra XUV Aero could be powered by a new 1.99 liter four cylinder mHawk diesel engine mated to a 6-speed manual and automatic transmission. This new engine is capable of power and torque equal to that seen on a 2.2-liter unit, but the company has downsized the engine due to restrictions on diesel engines of capacities higher than 2,000 cc.

Positioned above the XUV500, Mahindra XUV Aero will be seen as an affordable alternative to the likes of Mercedes GLE Coupe and BMW X6.