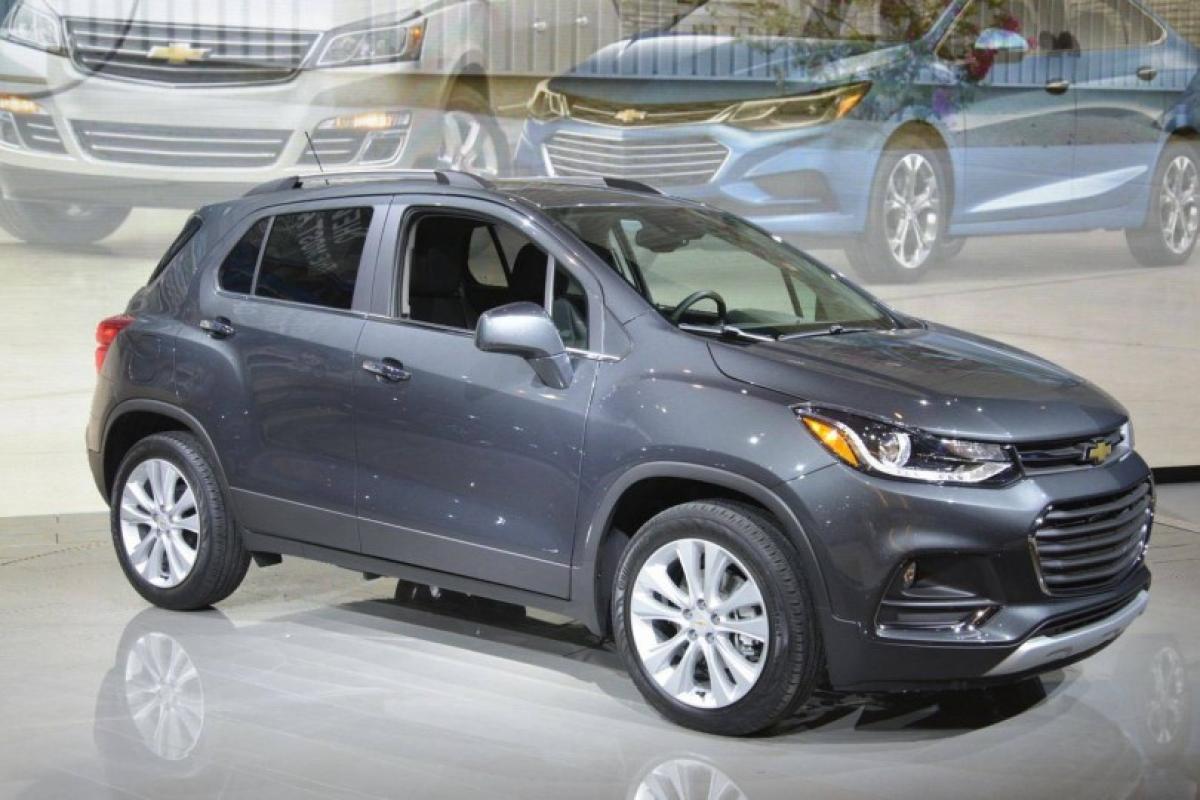 2017 Chevrolet Trax receives a new front fascia and headlights along with a revised grille. In its LS variant, standard halogen reflectors are evident while on the LT or Premium trims, halogen projectors with daytime running lights will be on offer. Rear bumper is also modified while new tail lamps and new 18” alloy wheels can be seen.

Interiors of 2017 Chevrolet Trax gets a host of infotainment features with a 7” MyLink touchscreen with Apple CarPlay, Android Auto and 4G LTE along with WiFi hotspot. Done up in leather seating and a contrasting instrument panel, safety features on board the 2017 Chevrolet Trax includes a total of 10 airbags, rear view camera, side blind zone alert, rear cross traffic alert and forward collision alert.

2017 Chevrolet Trax will come in powered by a 1.4 liter turbocharged engine capable of 138 bhp power and 200 Nm torque mated to a 6 speed automatic gearbox. No pricing has been announced as on date and could be revealed closer to launch.

Though not confirmed, there have been rumours doing the rounds that the new Trax is also going to be launched in India. If that does happen, it will rival the likes of Renault Duster, Hyundai Creta, Nissan Terrano, and Maruti S-Cross.