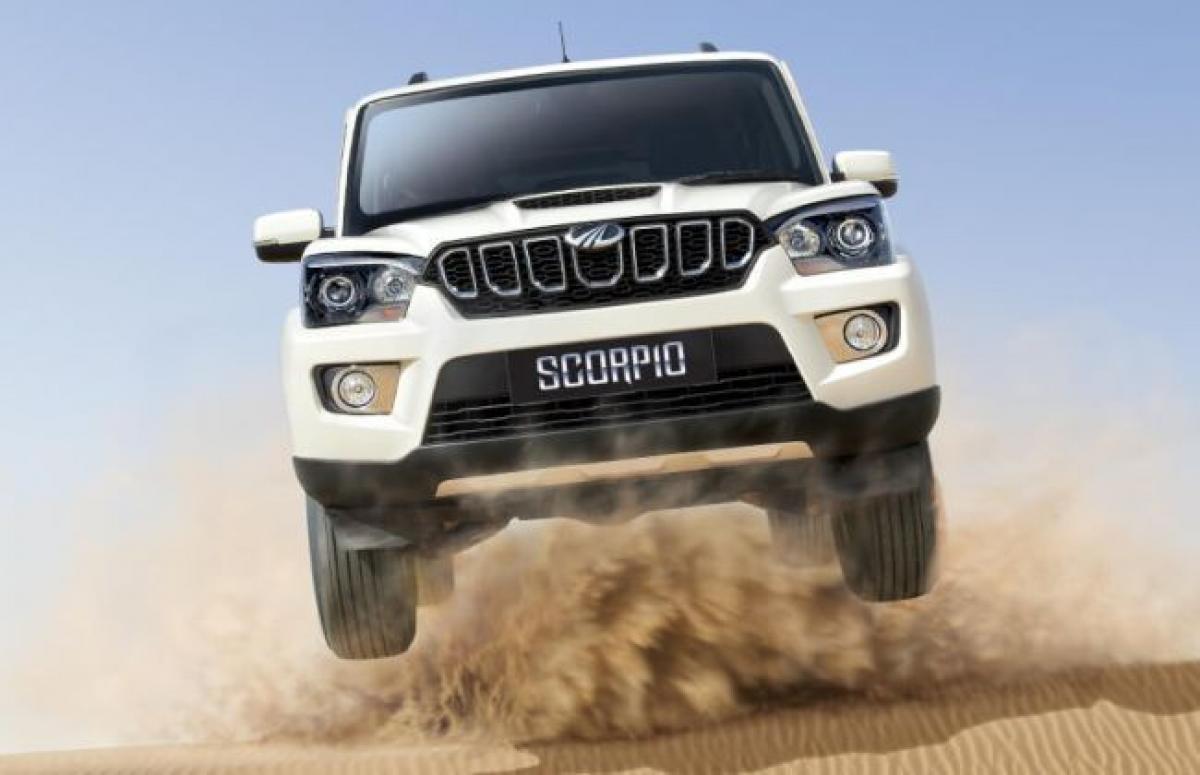 With a starting price of Rs 999 lakh exshowroom Delhi, the refreshed Mahindra Scorpio is available in six variants with two engine and transmission options each

With a starting price of Rs 9.99 lakh (ex-showroom Delhi), the refreshed Mahindra Scorpio is available in six variants with two engine and transmission options each 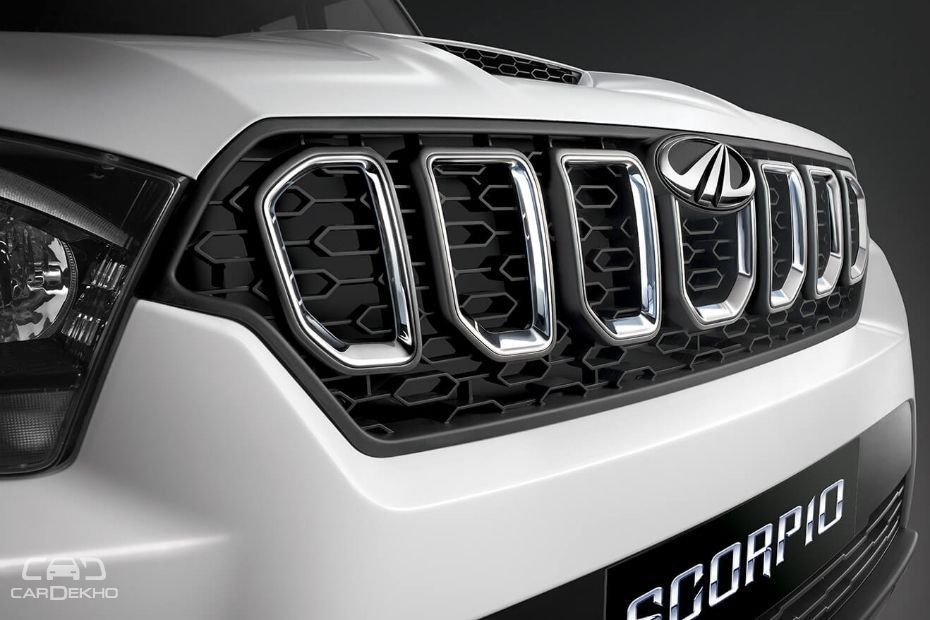 Mahindra, as we know, is obsessed with building SUVs for India. No matter what budget you have, Mahindra has an SUV for you. However, one of its products has always had a huge fan following in India. So much so, that ever since it was first introduced back in 2002, over 6 lakh units have been sold till date. Yup, that’s the Mahindra Scorpio we’re talking about. It is and has been Mahindra’s best selling passenger vehicle for more than a decade.

Mahindra took its own sweet time to come out with its second generation - nearly 12 years. However, it didn’t waste much time to get a facelift up and running for the second-gen Scorpio. It was a much needed one too as many of its similarly priced SUV rivals have been eating away its market share. Speaking of which, the Scorpio competes with the Hyundai Creta, Tata Safari Storme, Nissan Terrano and Renault products - the Duster and the recently launched Captur.

In its refreshed avatar, the Mahindra Scorpio starts at Rs 9.97 lakh and goes all the way up to Rs 16.01 lakh (ex-showroom India). Before we get into the variant-wise description, let’s quickly go through the standard specifications. 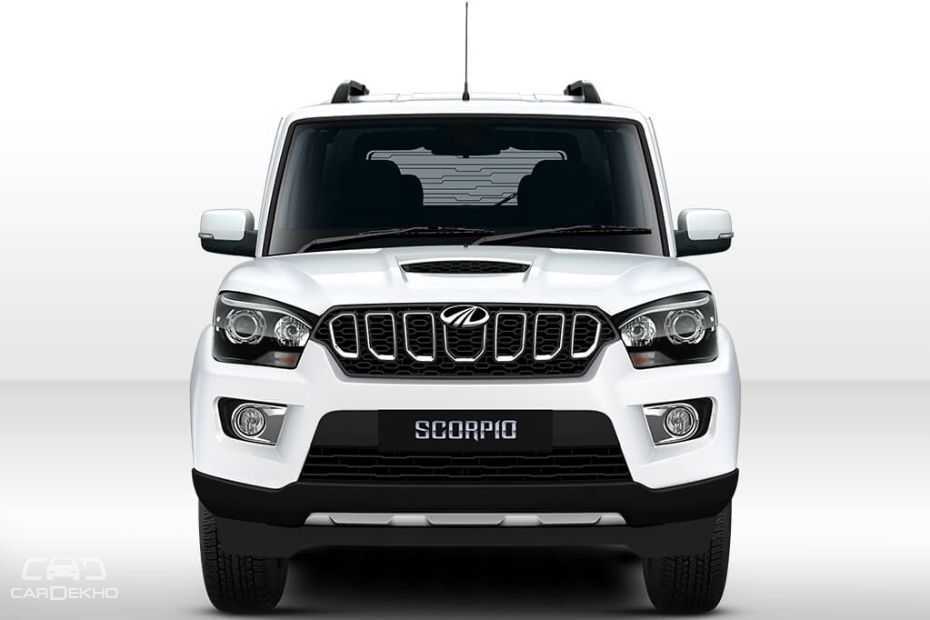 Please note that Mahindra has not shared the official figures for the ground clearance and the fuel efficiency of this SUV.

The refreshed Scorpio has received a host of changes, including the nomenclature of its variant names. The even numbers which followed after the ‘S’ have been replaced by odd ones. Moreover, the variant list has also shrank from eight to just six this time around. The Shift-on-fly four-wheel drive (4WD) is available only in the top-end variant, with the most powerful engine. Transmission duties are handled by a 5-speed manual gearbox in the S3, S5 and S7 (120PS) variants, whereas a 6-speed manual takes over in the rest of the three variants. Let’s get cracking and see what’s what.

In its entry-level variant, the Scorpio is offered with the 2.5-litre m2DICR diesel engine, which isn’t as powerful as either of the tunes of the 2.2-litre mHAWK motor. Here’s a list of major features that you get for your money:

As you’d expect, the base-spec Scorpio is short on convenience, power and safety. Even the wheels on this variant are just 15-inchers without any wheel caps, versus 17-inchers with full wheel caps in the S5. Priced just below Rs 10 lakh, this variant of the Scorpio can be ignored. It doesn’t have enough for its gross weight, which, by the way, is over 2.5 tonnes. Because of that, the engine will need more pushing and hence won’t return the best fuel economy either. In short, if you want the Scorpio, you need to start considering it from the S5 variant at least. 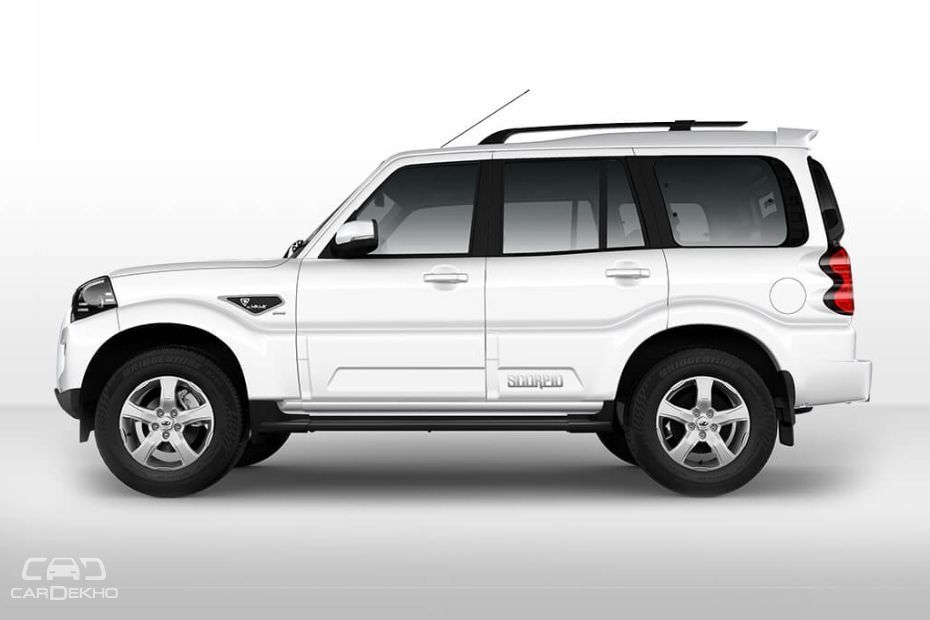 In this variant the 2.2-litre mHAWK diesel engine, producing 120PS/280Nm, replaces the bigger but less powerful m2DICR mill. However, the transmission unit remains the same 5-speed manual. So, what do you get for your extra money? Given below is the list of main features that the S5 gets over the S3 variant:

It is in this variant that the Scorpio starts to make more sense. The more powerful engine, bigger wheels and more kit on-board sum up to a more meaningful package. The added safety, which is rapidly becoming a key area of attention is also addressed with two airbags and ABS. This variant is well suited for anyone who has always loved the big, brawny looks of the Scorpio, but is on a tight budget. Sure, it isn’t as feature loaded as it could be, but it does have almost all the basic features expected from a car of this size and price. 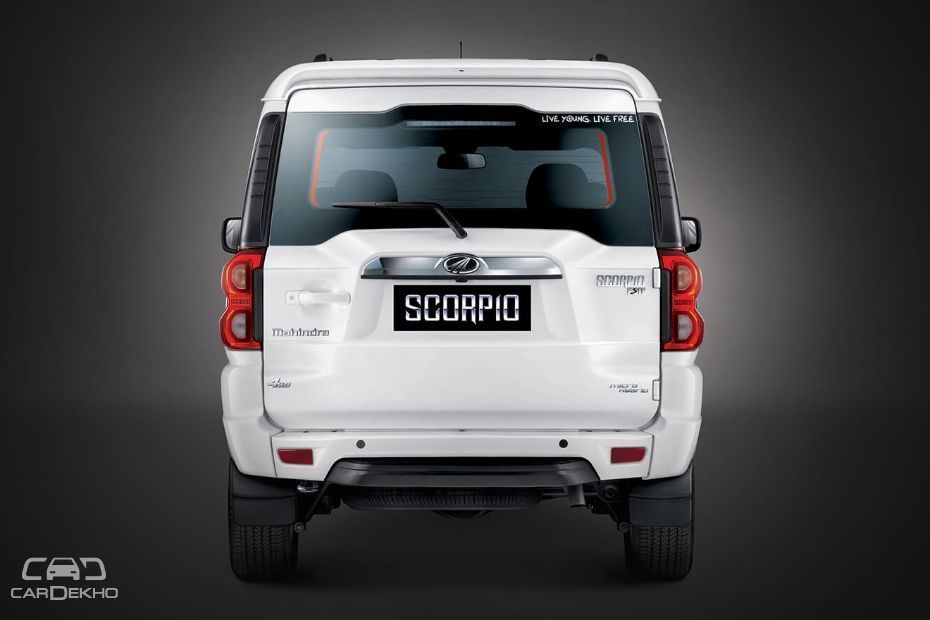 The engine and transmission combination remains the same as the S5 variant. Yes, you guessed it! The extra amount is linked directly to the added features the S7 gets over the S5. Let’s see what are the main ones of the lot:

Apart from the creature-comforts in the list above, the S7 variant also enhances the safety aspect, with a rear defogger, rear wiper with washer, anti-theft alert and the Intellipark technology which delivers visual and audio notifications while reverse parking into a slot. This variant is best suited for someone looking for an 8-seat layout, which is unavailable in the S3 and S5 variants. Moreover, at this price, the Scorpio comes with a handsome features package and comes with body-coloured panels. Moreover, the added ski rack on top of the roof comes in more than handy to transport oversized goods. 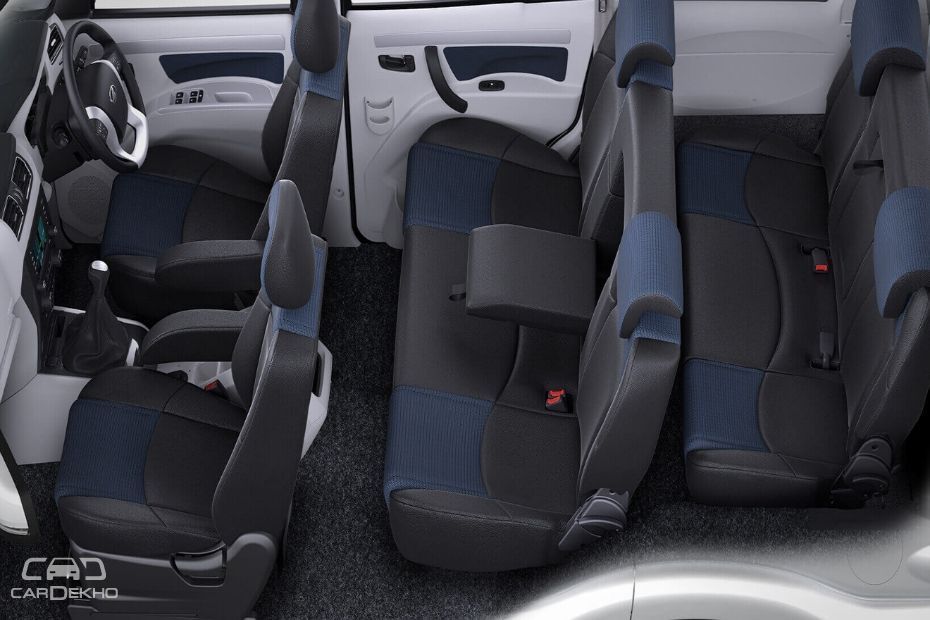 The feature list in this S7 (140PS) variant remains exactly the same as the one above. What you do get for the extra Rs 31,000 is a more powerful engine, an 6-speed manual transmission and an improved braking setup. The 2.2-litre mHAWK engine in this variant develops 140PS of power and 320Nm of torque. That’s 20PS and 40Nm more! If you are eyeing the S7 variant, we’d recommend that you spend Rs 31,000 extra and go with this more powerful one.

At a premium of Rs 62,000, this variant clearly justifies its price tag. It gets additional features which till now were only available on the more expensive top-spec S11 variant. The features on offer here are sure to make your daily usage and long-term ownership experience a lot more premium. The only necessary feature that’s missing here is the rear parking camera which you can buy from the official accessories list of the Scorpio. In conclusion, it is the S9 variant which makes the most sense and offers the most value. 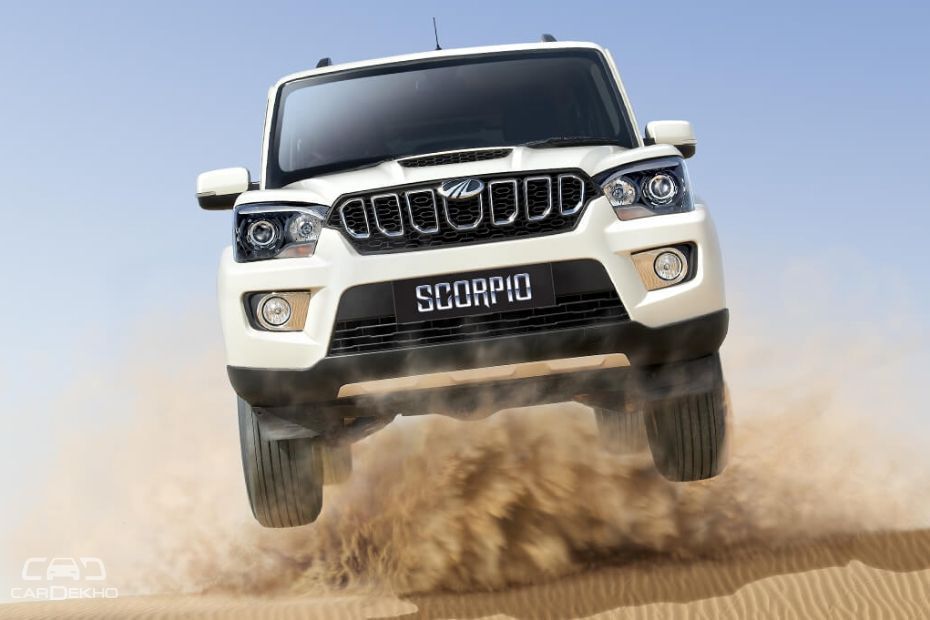 Apart from the reverse parking camera and tyre pressure monitoring system, every other feature in the S11 variant is want based. Moreover, the premium of Rs 1.15 lakh is hardly justified for the amount of additional features you get over the S9. If you want the top-spec Scorpio S11 variant, we suggest you stretch your budget by Rs 1.23 lakh for the go-anywhere capability of the 4WD drivetrain and go for the next variant instead. 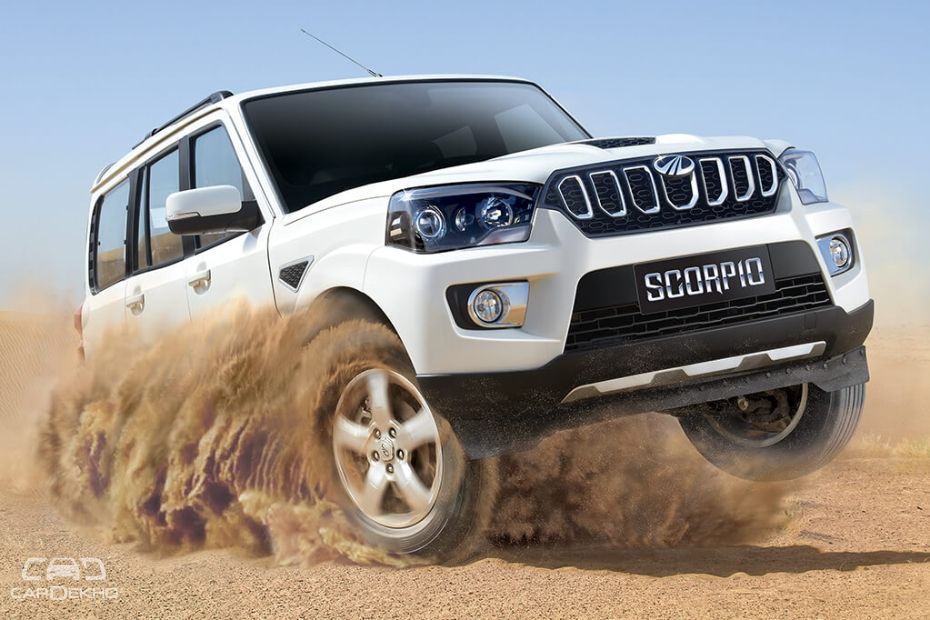 Like the S11, this variant also comes with the same combination of the 140PS/320Nm engine and 6-speed manual transmission. For the added cost, you get the shift-on-fly 4WD system.

Note: All prices mentioned above are ex-showroom India.