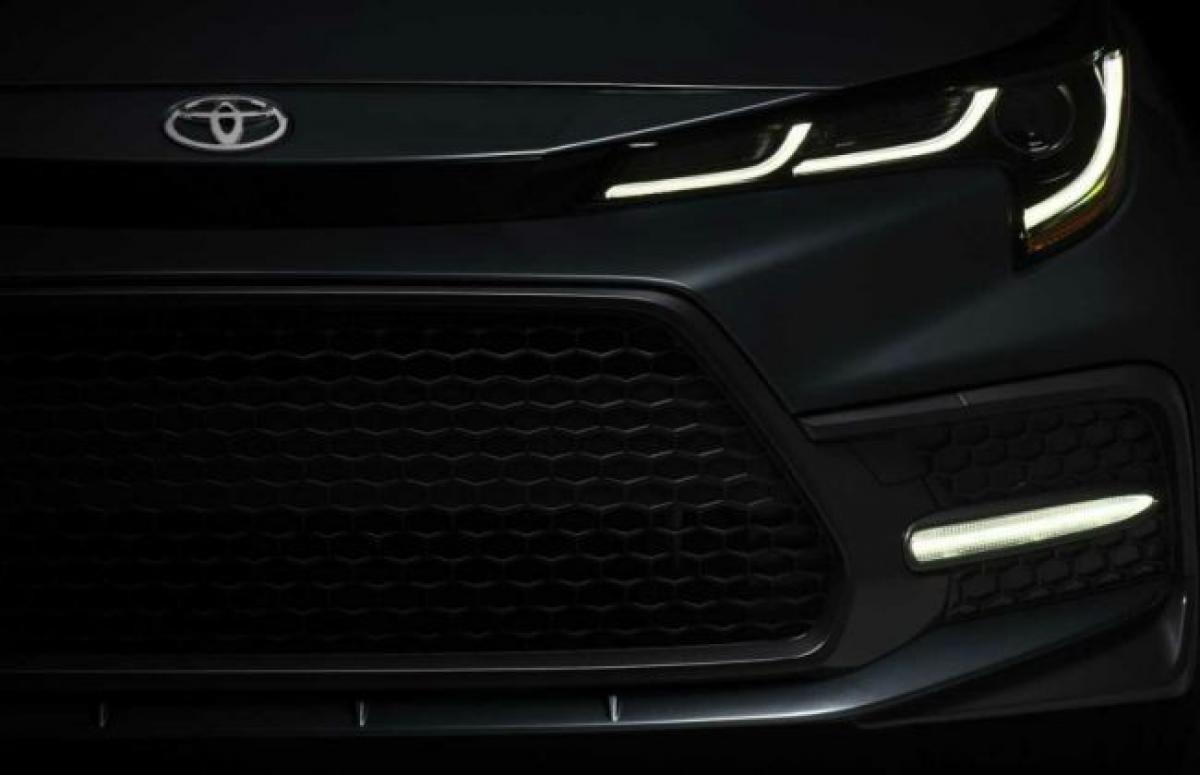 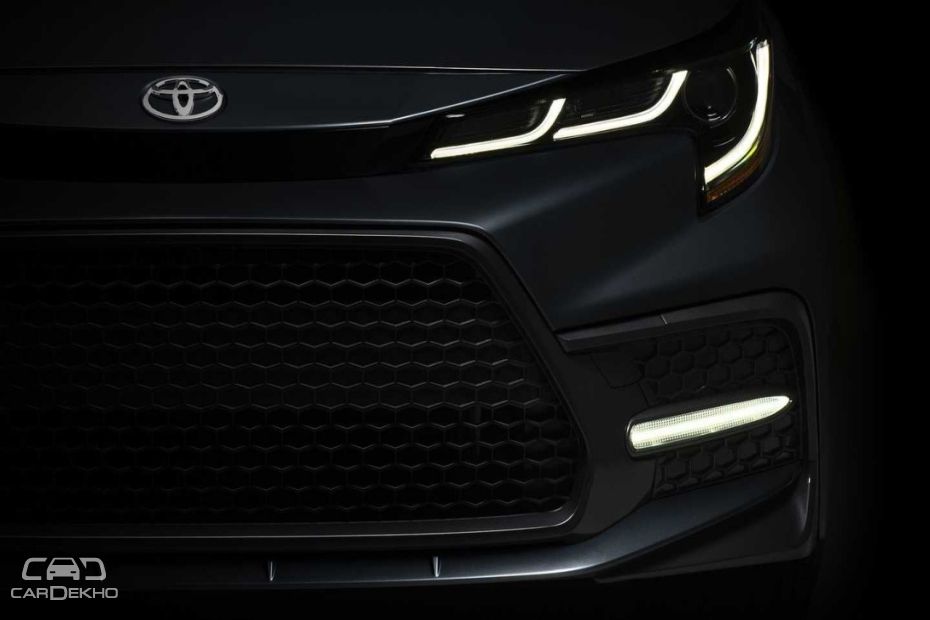 Toyota has dropped the first official teaser image of the Corolla sedan before its reveal at the Guangzhou International Motor Show in China, on November 16. The car will be revealed simultaneously in the US also.

From the image we can make out that the new Corolla sedan will have a redesigned front fascia from compared to its hatchback and estate counterparts that have been revealed previously. The major difference we can make out is the new horizontal fog lamps compared to the round ones present on the hatch and estate variants. The lower half of the bumper is also redesigned, although the honeycomb structure of the front grille remains similar. The headlamps too look similar to the hatch and estate. 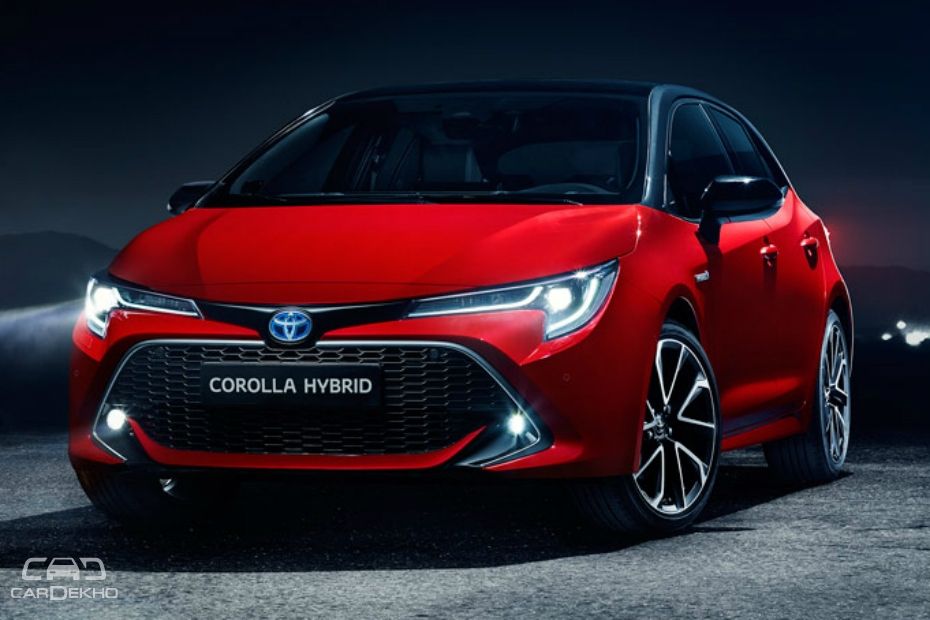 The US-spec Corolla has always been different from the Corolla sold in Asia, over the years. This could be the case with the new Corolla too. The US-spec car is generally a more sporty-looking sedan than the Corolla sold in Asian countries. Differentiation is done by tweaking the the front fascia of the cars, like a new front grille, redesigned bumpers, new headlamps, tail lamps and the lot. However, this time around, as the reveal will happen simultaneously in North America and China, both the regions could get a Corolla that looks similar. 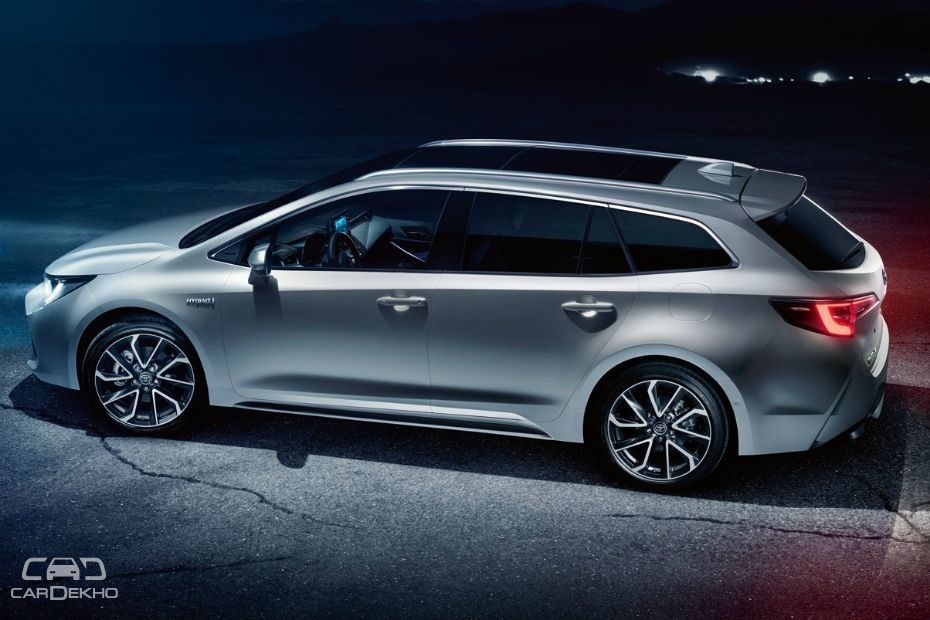 There is no information on when India will get the new generation Corolla. The current model that is on sale was introduced back in 2017 and we expect the new model to come to India in late 2019 or early 2020. As part of deal between Toyota and Maruti, Toyota will share the Corolla with Maruti Suzuki in India. However, it is not clear yet if this will be the current generation sedan being sold in India or be the new Corolla sedan, to be unveiled in China/US later this week.

The current generation Corolla comes with a diesel engine in India. However, we do not expect the new model to get a diesel powerplant on our shores. Instead, we expect it to be offered with a hybrid powertrain setup as the new Corolla is based on the TNGA platform that supports electrification. Read more about it here. 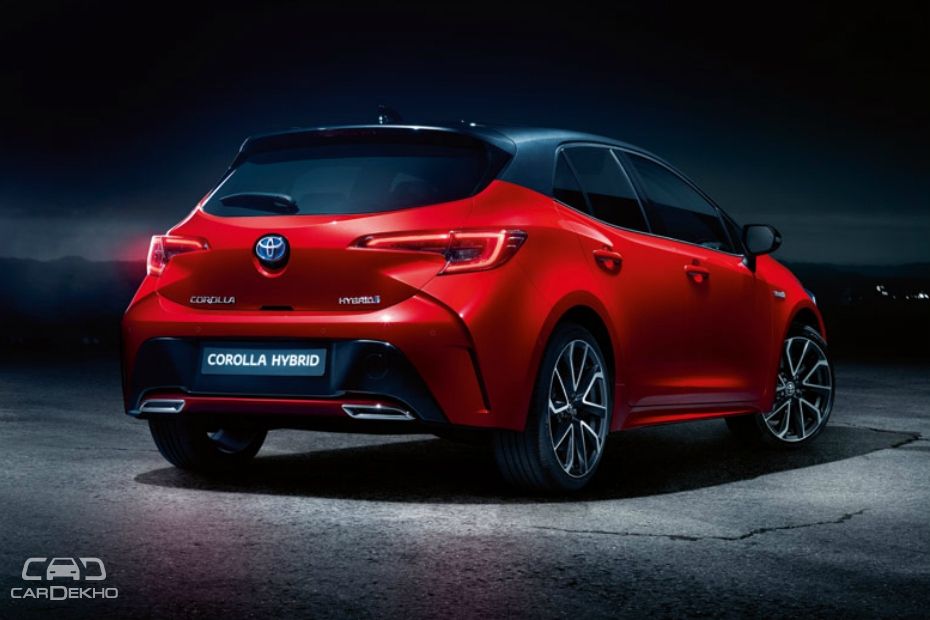 The Toyota Corolla goes up against the Skoda Octavia and Hyundai Elantra in the Indian market. It will also square off against the Honda Civic which will be launched in India next year.