Honda is all set to launch the tenthgen Civic in India on 7 March 2019 Prelaunch bookings for the new sedan are already underway for a token amount of Rs 31,000 And now, just a few days ahead of launch, the carmaker has commenced the production of the new sedan at its Greater Noida facility 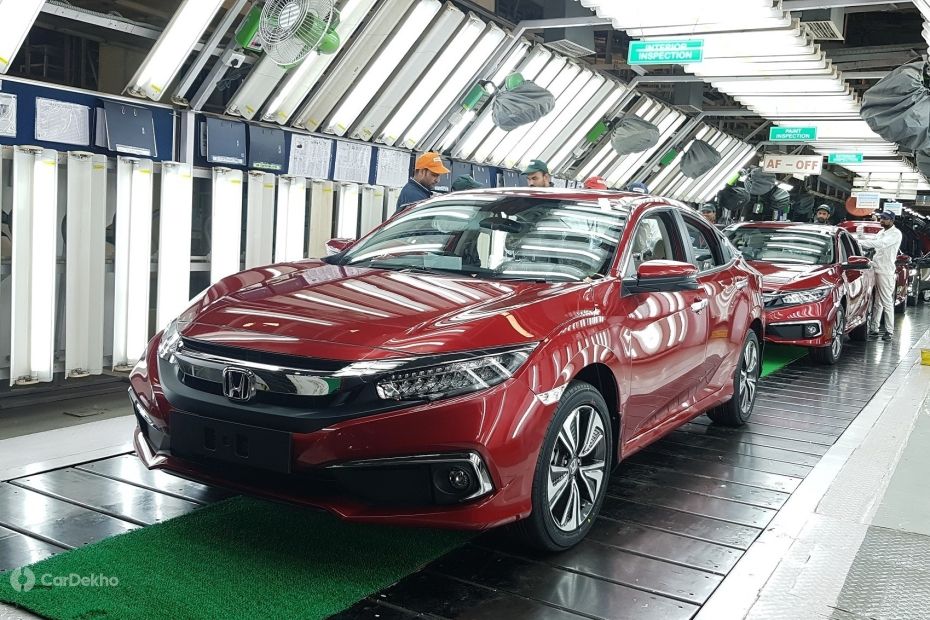 Honda is all set to launch the tenth-gen Civic in India on 7 March 2019. Pre-launch bookings for the new sedan are already underway for a token amount of Rs 31,000. And now, just a few days ahead of launch, the carmaker has commenced the production of the new sedan at its Greater Noida facility.

The new Civic will be available with two engine options (1.8-litre petrol and 1.6-litre diesel), and in three variants (V, VX and ZX). While the petrol engine makes 141PS of power and 174Nm of torque, the diesel engine is good for 120PS and 300Nm. Honda is offering the petrol Civic with a 7-step CVT only, while the diesel sedan can be had only with a 6-speed manual transmission. We have already driven both the iterations of the Civic and you can read our first impressions here.

Commenting on the start of production, Mr. Rajesh Goel, Sr. Vice President & Director, Honda Cars India Ltd said, “We are delighted to begin the production of All New Civic which will be launched on Mar 7. Since this has been a highly anticipated launch in India, we are receiving an outstanding response during pre-launch phase. In just 7 days, we have exceeded our expected 3-week pre-booking numbers which is a testament to the excitement the iconic Honda Civic has generated amongst customers.”

Civic is one of the most loved brands and Honda’s longest running automotive nameplate. It is currently the largest selling model from Honda globally. With the launch of the new Civic, scheduled on 7th March 2019, HCIL will complete its premium sedan lineup in India.

The creation of the 10th generation Civic represents one of the most comprehensive and ambitious new-model development ever undertaken by Honda, requiring an unprecedented commitment of R&D resources and Honda engineering prowess.

In its 10th generation avatar, the all-new Honda Civic boasts a youthful, premium and sporty new style with a revolutionary silhouette and sleek profile that characterizes the Honda Civic. The Civic will be launched in both petrol and diesel powertrains. The 1.8L i-VTEC Petrol engine mated to advanced CVT offers an impressive power packed performance with great fuel economy. The Civic Diesel is being introduced for the first time in India with the exciting 1.6L i-DTEC turbo unit from Honda Earth Dreams Technology series mated to a 6 speed Manual Transmission offering best in segment fuel efficiency of 26.8 km/l* and excellent driving performance.

*as per test data