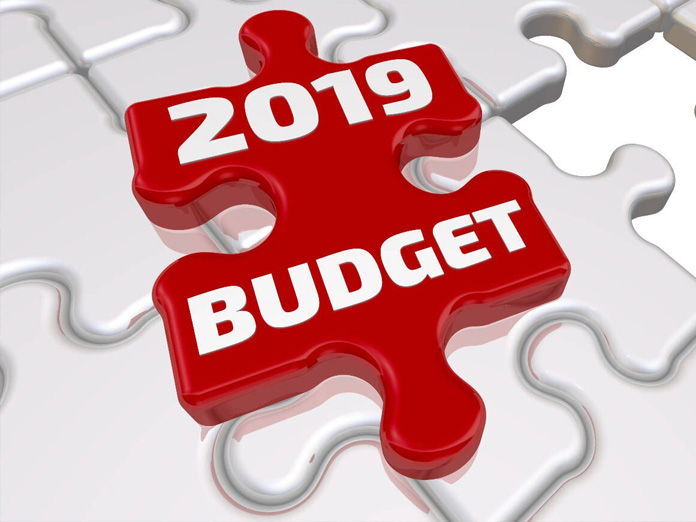 When I was speaking to an industrialist two days before the Interim Budget 201920 was presented to Lok Sabha on Friday, to know what he was expecting from the Modi governments last budgetary exercise before the General Elections, he made an interesting comment

When I was speaking to an industrialist two days before the 'Interim' Budget 2019-20 was presented to Lok Sabha on Friday, to know what he was expecting from the Modi government's last budgetary exercise before the General Elections, he made an interesting comment. "We have no expectations whatsoever from this Budget as it's an interim budget and therefore no policy decisions could be announced. If this government does that by any chance, it will set a bad precedence," he said. I also agreed with him. For, it is a well-established custom that an incumbent government presents just vote-on-account budget before heading for general elections.

Such a budgetary exercise serves two purposes. It allows continuity in governance and budgetary transactions before a new government takes charge post the elections. Secondly, it allows the new government to set its own agenda and vision. It is not that no government has departed from this stated path. There were deviations in the past, but those deviations were minor in nature.

But the Modi government has proved the industrialist quoted above wrong and took people by surprise by announcing a 'full' Budget in the name of Interim Budget though it has just three-months tenure left. As people like the industrialist feared, it had set a bad precedence indeed. But the fact that BJP government has departed from tradition and used an interim budget to announce 'mouthwatering' sops and unveil vision for 10 years goes on to indicate that saffron party is on a sticky wicket ahead of the General Elections.

The moot question now is whether these sops and vision will help Modi retain power. The so-called Interim Budget has three key elements that could tilt scales in Modi's favour. Foremost among them is the Pradhan Mantri Kisan Samman Nidhi, PM-KISAN in short, under which small farmers with cultivable land below 2 hectares (nearly 5 acres) get Rs 6,000 a year in three equal installments, with the first installment coming in before the elections.

Modeled on KCR's brain child Rythu Bandhu, this Rs 75,000-crore scheme, which will benefit 12 crore farmers, has been brought in to checkmate Congress party's loan waiver scheme which is said to have tilted scales in the Grand Old Party's favour in the recent elections. But Rs 6,000-a-year-dole is too small to rescue farmers from distress. Will farmers take Modi govt's bait and repose faith in the Gujarat strongman? That will only be known after elections. The other major thing is zero tax on those whose earnings are below Rs 5 lakhs - a move which is expected to benefit three crore middle class people.

This may help the saffron party to some extent, even though those with incomes over Rs 5 lakh have nothing much to cheer about. Thirdly, it rolled out Rs 3,000-a-month pension scheme for 10 crore workers employed in the unorganised sector. Though a good scheme, it is not an easy one to implement. Moreover, it may not also fetch electoral dividends this time around. Between them, these three mega schemes are targeted at 25 crore voters and the number of seats that BJP will get in Lok Sabha will depend on how many of these voters will fall into its net.

Further, the Modi government has been doing everything to win back middle class, its core voter bank that moved away from it thanks to haphazardly-executed, ill-advised demonetisation and hurriedly-implemented GST. Recent 10 per cent reservations for economically backward classes (EBC) and latest tax sops are also aimed at them.

It is sad that BJP and its charismatic leader Modi has to resort to populist measures to stay in power just five years after a resounding victory in 2014 in which the saffron party secured majority in Lok Sabha on its own - the first political to do so in last three decades. Further, it had to use an Interim Budget to announce sops, forcing some people describe the budgetary exercise as a BJP manifesto. There is nothing illegal about it though. However, BJP and its leadership should take the blame for not capitalizing on its 2014 landslide victory, no one else.

During Karnataka elections last summer, I happened to be at PM Modi's well-attended public meeting in Bidar. Known for his sharp attacks on Opposition, Modi lambasted the then Karnataka Chief Minister from Congress, Siddaramaiah, for not giving a 5-year report card of his government before asking for votes. "I am not like the Congress government here.

I will give a 5-year report of my government at Centre before asking for votes in Lok Sabha polls," he thundered. He was supremely confident then. But much water has flown down the Ganges since then with BJP suffering narrow loss in Karnataka followed by electoral reversals in key states like Madhya Pradesh, Rajasthan and Chhattisgarh. The other key development is the alliance between Akhilesh Yadav's SP and Mayawati's BSP in Uttar Pradesh which played key role in Modi's landslide victory in 2014 by giving BJP 71 of 80 seats.

Given current headwinds and past mistakes, it will be an uphill task for the BJP and its leadership to win the General Elections by just showcasing its achievements in the last four and a half years. That’s the sole reason for all the latest sops.

But it will not be a cake for the saffron party even after offering all these sops. However, Narendra Modi seems to have a slight edge this time too. The primary reason for that is the TINA factor- There Is No Alternative. Congress president Rahul Gandhi is the only other leader who has a national appeal. At this point of time, he seems to be no match for Modi. His party is also not strong enough.

A collective effort of regional parties and Congress is the only way to stop Modi juggernaut. And Modi's defeat or victory will defend on whether the Opposition makes united efforts or not. But the budgetary sops will definitely have role if Modi retains power this year.