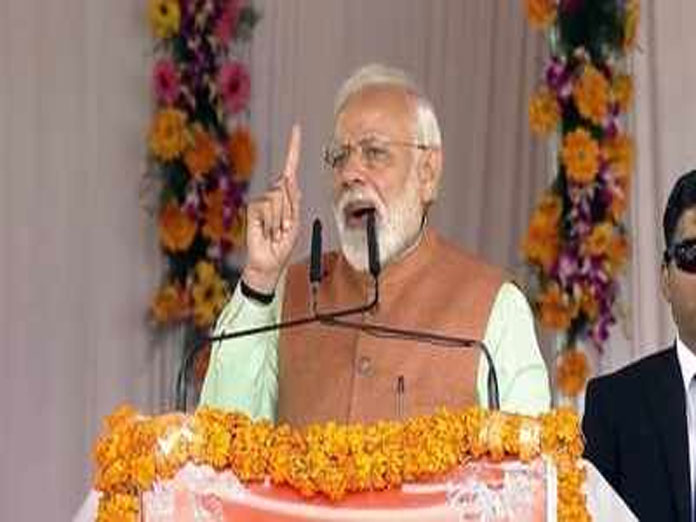 PM-KISAN scheme under which Rs 6,000 per year will be given in three instalments to 12 cr small and marginal farmers.

Launching the scheme from Uttar Pradesh's Gorakhpur, the prime minister said the first instalment of money under the scheme has been deposited in accounts of 1.01 crore farmers and those who didn't get it on Sunday will get it in due course.

"This is your money and no one will be able to take it from you," he told the farmers.

The prime minister said the scheme has been made foolproof so that no one can take away the right of the farmers.

There is no role of middleman in this scheme, he said.

In the interim Budget 2019-20, the central government had announced the PM-KISAN scheme under which Rs 6,000 per year will be given in three instalments to 12 crore small and marginal farmers holding cultivable land up to two hectares.