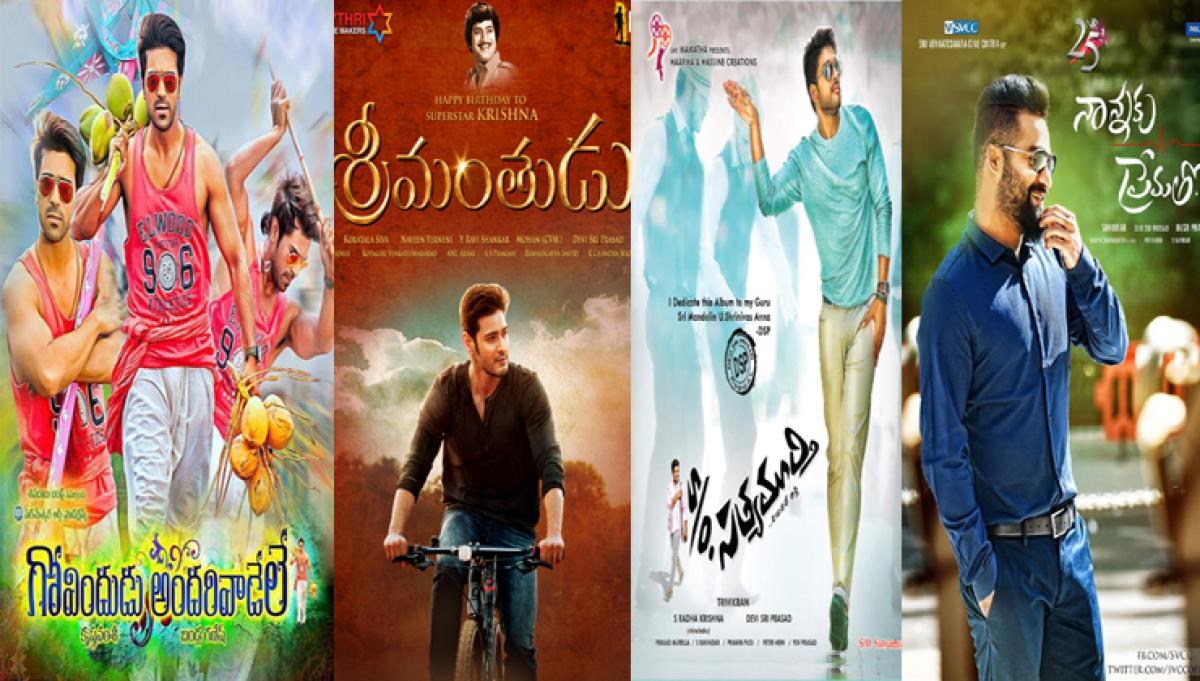 ‘Memantha Nanna Pichollam’. This is what Jr.NTR said at the audio function of his upcoming flick ‘Nannaku Prematho’ describing about the crew of the film.

‘Memantha Nanna Pichollam’. This is what Jr.NTR said at the audio function of his upcoming flick ‘Nannaku Prematho’ describing about the crew of the film. But this is the exact position of Tollywood too. Many films based on father sentiment are getting released these days.

Almost four films were released in a span of one year which had strong father-son bonding in their films. First Ram Charan came up with this concept in ‘Govindudu Andarivaadele’ in which he tries to unite his family for the sake of his father.
Then Trivikram’s ‘S/o Satyamurthy’ was released this Summer which was completely based on the love a son has towards his father. Then in Mahesh’s ‘Srimanthudu’ too, there is a underlying father sentiment which is one of the major reasons for its success.
Now NTR and Sukumar are coming up with ‘Nannaku Prematho’ and the title itself explains everything. So, it appears Tollywood has found another hit formula of father sentiment for success.
Show Full Article
Email ArticlePrint Article
More On