Krish in talks to rope in Bajirao team 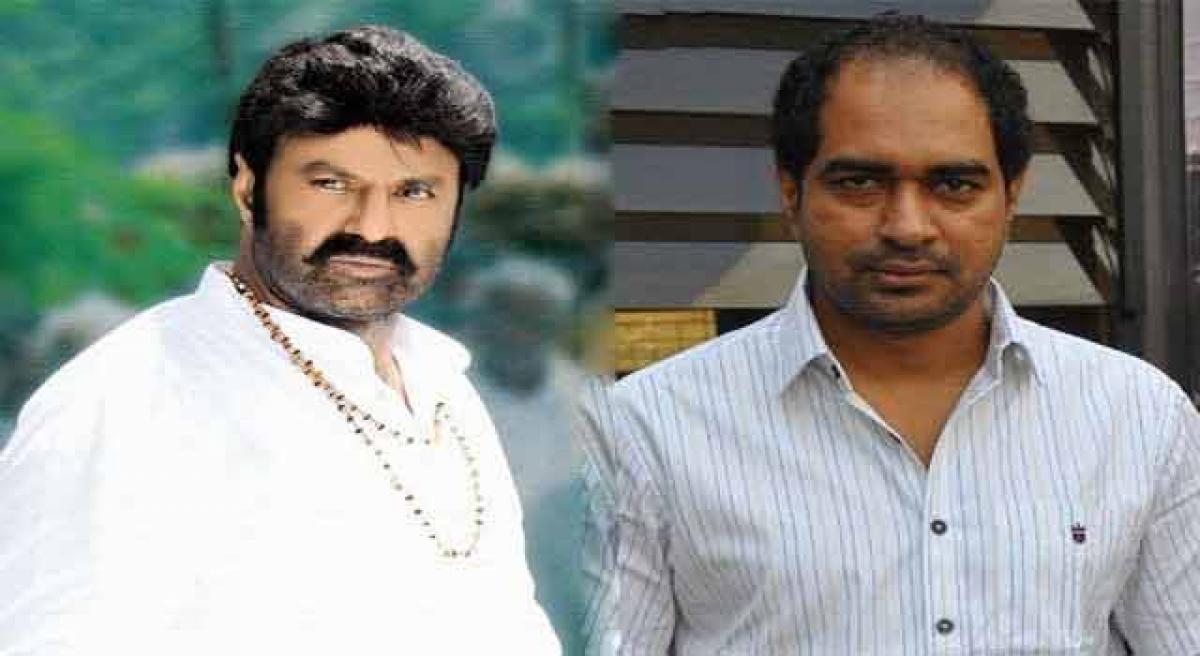 It seems that ace director Krish is leaving no stone unturned to make his magnum opus “Gautamiputra Satakarni,” a visual spectacle. He is planning to rope in the team of B-town blockbuster “Bajirao Mastani” which bagged many national awards.

Hyderabad: It seems that ace director Krish is leaving no stone unturned to make his magnum opus “Gautamiputra Satakarni,” a visual spectacle. He is planning to rope in the team of B-town blockbuster “Bajirao Mastani” which bagged many national awards.

The historical film, on revered King Satakarni with a whopping Rs 70-crore budget launched recently, can boast of best of technicians who have worked in national award winning films like “Bajirao Mastani” and “Kanche,” to make it visually-pleasing.

“Initially, Krish wanted to erect sets in Ramoji Film City or Rama Naidu studios, but later decided to erect fort and mahals on the 9-acre land owned by his friends in Chilkur to have lot of creative freedom and leisurely shoot scenes without worrying about number of days,” said a source close to the unit.

Actually, Krish relationship with B-town ace filmmaker Sanjay Leela Bhansali goes a long way, since he wanted to remake his Telugu film “Gamyam” in Hindi but Sanjay asked him to direct “Gabbar,” a remake of Tamil hit “Ramana” and Sanjay respects Krish’s immense talent and willing to support Krish in his dream Telugu project.

“Krish will be roping in key technicians who worked for “Bajirao Mastani” since it was also a visually-pleasing historical film. In fact, Telugu King Satakarni, who had capitals in Amaravati and Kotilingalu in AP and TS, had ruled India by establishing capitals in Maharashtra and Gujarat too.

“Unlike fictional Bahubali, Balakrishna's 100th film will be a real story of a warrior king whose popularity spread all over India, so it will be an ideal Telugu film which has a proper connect with pan-Indian viewers.

Late NTR readied a script with 110 scenes and wanted to play the legendary king, but could not make it, so Balakrishna is overwhelmed by emotion to play the role his father dreamt of doing in his heydays” added the source.

Already, overseas distributors are offering Rs 5 crore for this magnum opus (usually Balakrishna’s film fetch Rs 1.5 crore in overseas) since it has all the makings of a winner.

Director Krish is trying to rope in dream girl Hema Malini to play ‘Rajamatha Gautami” and another top B-town actress to play love interest to King Satakarni to dish out a everlasting film with Nandamuri scion”. “We’ll have best of casting and crew,'' source revealed.