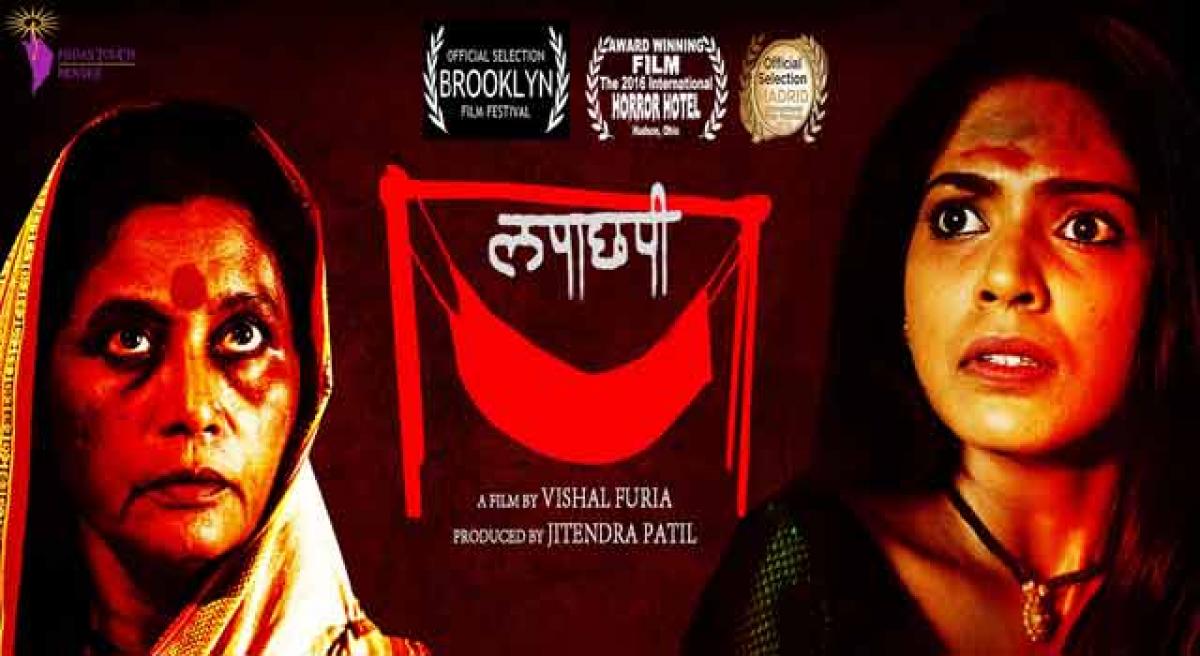 Lapachhapi’ became the first Marathi film and the first Indian horror film to be in the official selection of the Brooklyn, Hudson and Madrid...

Lapachhapi’ became the first Marathi film and the first Indian horror film to be in the official selection of the Brooklyn, Hudson and Madrid International Film Festivals.

The new age horror film ‘Lapachhapi’, produced by Jitendra Patil of Midas Touch Movies with journalist-turned-filmmaker Ramachandran Srinivasan as an associate producer and directed by the award winning Vishal Furia has entered new domains where no Marathi film has entered before.

This is the first time in the history of Marathi cinema over a hundred years that a classic horror is being made for an audience that largely consumes comedies and dramas and is targeted at the mainstream audience.

Midas Touch Movies is producing this film which has both VFX and Post Production being done at Jai Shree Krishna Studios, Goregaon East.