Kareena and Akshay 'Good News' gets a new release date 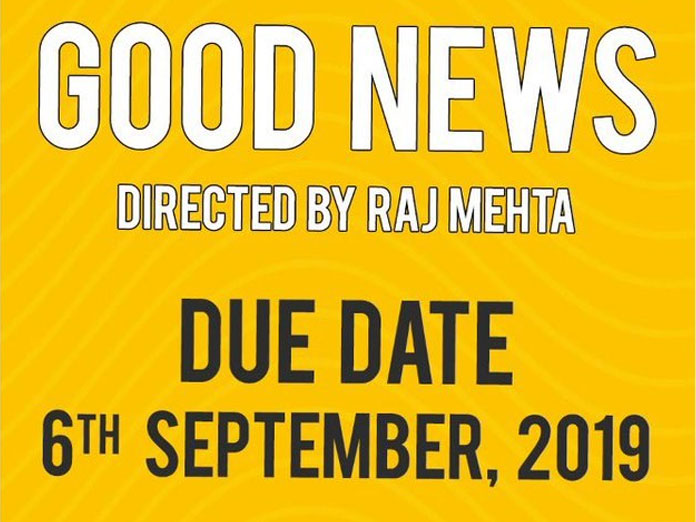 Along with Kalank, Student of the Year 2 and Takht, Dharma production announces a new project in 2019

Along with Kalank, Student of the Year 2 and Takht, Dharma production announces a new project in 2019.

Karan Johar took to Twitter on Monday and shared the release date of the new project titled, 'Good News'.

The film, starring Akshay Kumar, Kareena Kapoor Khan, Diljeet Dosanjh and Kiara Advani, is about a couple trying to get pregnant.

Produced by Dharma Productions and Cape Of Good Films, the film was earlier scheduled to release on July 19 but will now hit the theatres on September 6.

Directed by Raj Mehta the film will bring back Kareena and Akshay together after hit films like Ajnabee, Kambakkht Ishq, Tashan, Aitraaz and Bewafaa.