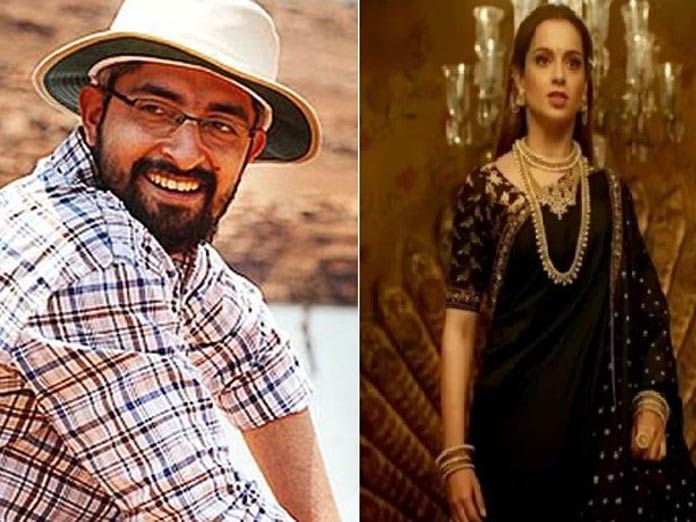 Filmmaker Abhishek Sharma says the Kangana Ranaut is a fine actor and he has high hopes about Manikarnika.

Abhishek Sharma was interacting with the media at the special screening of ‘Manikarnika – The Queen of Jhansi’ along with Shreya Dhanwanthary and Ahmed Khan on Thursday in Mumbai.

Kangana Ranaut has turned director with her upcoming release, when asked Sharma whether he feels that she will become a good director, he said, “I feel anybody who can narrate a story then, that individual can direct a film. I think Kangana is very fine actress. I know she has interest in screenplay writing and she is very much into filmmaking so, I have high hopes from her and I think she will be good.”

Filmmaker Abhishek Sharma also added that now that the Bollywood is making content driven cinema, the film industry should give more emphasis on production.

He said, “I feel the production is a very important aspect of filmmaking especially now, when we are making content-driven cinema so, we have to make those films on a certain budget with production values...We need to invest more towards production people like we have started investing towards writers in the industry. Being a writer myself, I am seeing a good growth in that department similarly I feel we should support production”

The Zoya Factor stars Dulquer Salmaan and Sonam Kapoor in the leading roles and the shooting for the same has commenced.