The pitfalls of biofuel 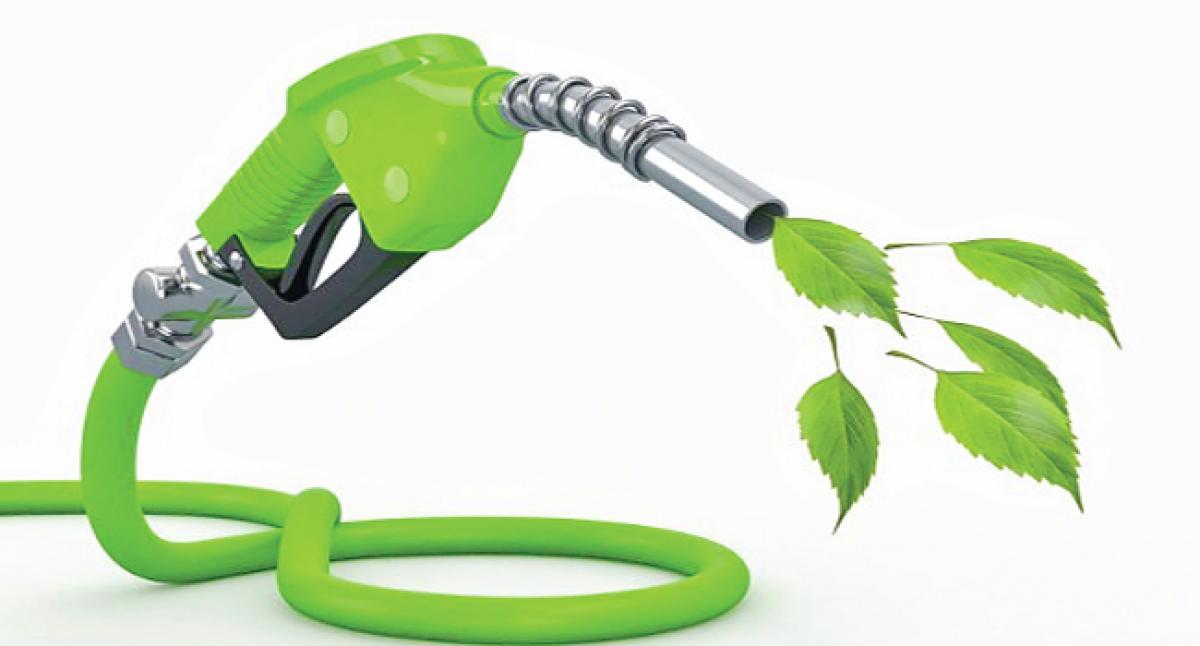 It can be used to make ethanol instead Moving further ahead, sugarcane juice can be converted into ethanol directly Brazil has obtained great success in this This has helped Brazil reduce its dependence on imported oil and people have got employment in the production of sugarcane

Prime Minister Narendra Modi has blamed the Congress for not pursuing the manufacture of biofuels such as ethanol. This liquid can be produced from molasses a bye-product of sugar industry. Molasses is used to make alcohol presently.

It can be used to make ethanol instead. Moving further ahead, sugarcane juice can be converted into ethanol directly. Brazil has obtained great success in this. This has helped Brazil reduce its dependence on imported oil and people have got employment in the production of sugarcane.

Government of India seems to be trying to replicate Brazilian experiment. Additionally, efforts are being made to grow Jatropa, neem and other non-edible oilseeds on wastelands. They too can be converted into biodiesel. Biofuels are being seen as renewable sources of energy that can help break India’s dependence on imported oil.

Biofuels are produced from crops like sugarcane and Jatropa that absorb carbon-dioxide (CO2) from the environment. Coal and petroleum also absorb CO2 but this was done long time in the past. Biofuel absorb CO2 here and now. Thus biofuel is considered ‘clean’.

This advantage of biofuel is accepted. But case for biofuels is not made on this basis alone. We have to compare the benefits with alternate uses of the same land. There is no gainsaying that the farmer must cultivate his land. The tricky part, however, is to determine which crop to grow.

Similarly, there is no gainsaying that degraded lands must be regenerated. The tricky part is to determine how to regenerate them—by biofuel and other alternatives such as, say, natural forests.

Compare Jatropa cultivation with natural forest on degraded lands. I suspect the natural forest will absorb more carbon due to its biodiversity. It will also create more jobs. People can gather tendu leaves, berries, fuel wood and grasses. In contrast only Jatropa seeds are collected once a year.

The wood of this plant does not serve as fuel. Its leaves are not used as fodder. Similarly, more jobs and income is generated for the local people in the cultivation of paddy, wheat and other food crops instead of sugarcane.

The former provides them with jobs in ploughing, planting, weeding, harvesting etc. many times through the year. Thus case for biofuel cannot be made on the grounds of carbon absorption or employment generation.

Large trees, small trees, shrubs, grasses and vines all grow together in a natural forest. Not in a Jatropa or sugarcane plantations. These are like a public garden with a huge lawn without flower beds, ornamental trees or fountains.

Man is the highest animal on earth. It is his responsibility to carry other animals with him just like the Prime Minister carries all sections of the society with him. Not so in biofuel. Cultivation of Jatropa and sugarcane is mainly beneficial for the upper sections.

The car of the rich plies on the roads with ethanol. The poor get nothing. In comparison there is greater spread of the benefits from cultivation of natural forests or food grains.

The poor get food to eat, the cow gets straw, the horse gets bran, the child gets milk and the homemaker gets fuel from cow dung. The natural forest provides berries for the children, home for the deer and elephant and place for small and big birds to make different types of nests. Thus, biofuel fails on the tests of social benefit and biodiversity.

The experience of Brazil is not applicable to us. Our land to population ratio is very different. 45.4 square kilometer land is available per 1000 population in Brazil against only 2.7 square kilometer in India. It is possible for Brazil to use large tracts of land for cultivation of sugarcane without impairing its food security. Not so for us.

More cultivation of sugarcane necessarily translates into lower production of food grains in our country. Water is no different. Brazil has 29,066 cubic meters per person of renewable sources of water against only 1,152 cubic meters in India.

The level of ground water is falling steeply across the country because overexploitation of this resource. More cultivation of sugarcane will only put greater pressure on this scarce resource and it will affect our food security adversely.

Mr R K Pachauri, Director of Tata Energy research Institute headed the Intergovernmental Panel on Climate Change which was awarded Nobel Peace Prize. Pachauri has tried to meet these objections against biofuel. He says that biofuels can be produced from agricultural wastes like wheat straw and bagasse.

Indeed, bagasse is used much for production of power by sugar mills. But wheat and paddy straw are used as fodder for livestock. Conversion of straw into biofuels will deprive livestock of fodder. Second argument is that a crop cycle can be made that takes care of both food crops and fuel crops. This ignores the fact that a crop cycle already exists which rotes different food crops.

These scientists, it seems to me, promote the interests of their paymasters in ignoring the adverse impacts of biofuels on the common man. Biofuels are being promoted not because they are clean or because they provide more employment or incomes to the poor.

They are being promoted because they provide benefits to the rich. Biofuels are required to run the rich man’s car. The poor man looses in depletion of ground water, loss of biodiversity and less fodder for his cow.

A World Bank paper titled “Review of Environmental, Economic and Policy Aspects of Biofuels” by Deepak Rajagopal and David Zilberman says explicitly: “We are aware that the use of biomass for household heating or electricity production is very important especially among the poor in developing countries, while demand for liquid biofuels is largely from the richer sections of society.” The World Bank yet supports biofuels.

Thankfully, we are not paid by the World Bank. We must, therefore, adopt these crops with great care remembering that no civilisation has survived that has not taken care of its poor. Author was formerly Professor of Economics at IIM Bengaluru