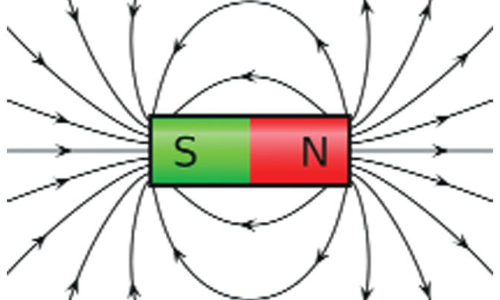 Whats the difference between a lightning bolt and a refrigerator magnet Perhaps theres much less difference than you think Thanks to the discoveries of Michael Faraday and James Clerk Maxwell in the mid1800s, we now know that electricity and magnetism are just two facets of the same principle

What’s the difference between a lightning bolt and a refrigerator magnet? Perhaps there’s much less difference than you think! Thanks to the discoveries of Michael Faraday and James Clerk Maxwell in the mid-1800s, we now know that electricity and magnetism are just two facets of the same principle.

One of the main principles behind electricity and magnetism is that the movement of charged particles in the same direction will result in a magnetic force. When a wire is hooked up to a battery, negatively charged particles (electrons) flow away from the negative terminal of the battery toward the positive end, because opposite charges attract each other, while like (similar) charges repel each other.

This flow of electrons through wire is electric current, and it produces a magnetic force. In a magnet, atoms are lined up so that the negatively charged electrons are all spinning in the same direction. Like electric current, the movement of the electrons creates magnetic force. The way the atoms are lined up creates two different poles in the magnet, a north pole and a south pole. As with electrical charges, opposite poles attract each other, while like poles repel each other.

The space around an electrical current or magnet in which the magnetic force is felt is called a magnetic field. Many scientists have theorized that the earth’s magnetic field is produced by electric currents caused by molten iron at the core of the Earth. You can make a picture of a magnetic field, using a piece of paper or clear plastic sheet, a magnet, and iron filings.

Place the magnet directly underneath the sheet of paper, and then carefully sprinkle the iron filings over the top of the paper. The iron filings will shift into the pattern of the magnet’s magnetic field. If you have more than one shape of magnet (horseshoe, bar, ring, cylindrical, or disc), you might want to try the experiment again with a different shape, to observe how the magnetic fields differ for each magnet. You can also place two magnets close to each other and observe how multiple magnets affect the field.

If you’ve ever tried to use a magnet to attract a piece of plastic, you know that magnetic force doesn’t work on everything! When a magnet attracts an object, such as a paperclip, it causes some of the atoms in the paperclip to line up. In other words, the paperclip becomes a magnet when it is attracted by a magnet. But in most materials, the atomic structure makes it impossible for the atoms to line up like the atoms in a magnet. Materials that can be easily attracted by magnets, like iron and steel, are called ferromagnetic.

In a permanent magnet, like a bar magnet or a horseshoe magnet, the atoms stay lined up so that the electrons always move in the same direction and the magnet continues to attract ferromagnetic material (though high heat or hammering can make a permanent magnet lose its magnetism). In a temporary magnet, the atoms line up for a short time, and then move around, causing the magnet to lose magnetism. You can easily make your own temporary magnet! Straighten a paperclip so you have a long metal rod.