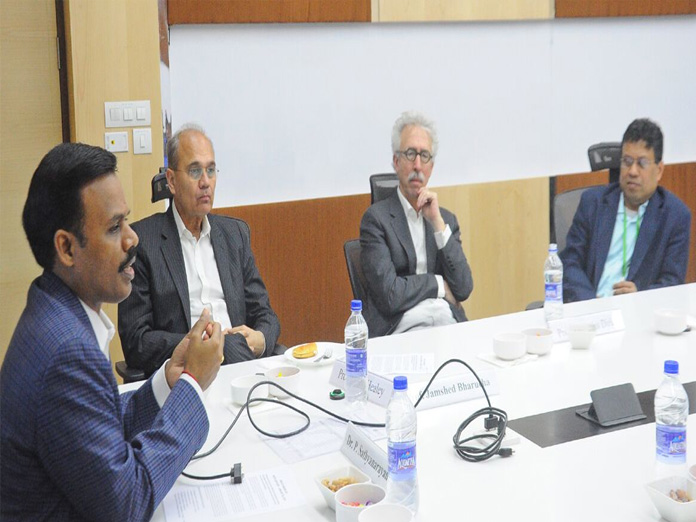 ​Amaravati: The Board of Governors of the SRM University held its two-day meeting which concluded on the campus of the Varsity on Friday.

Dr P Satyanarayanan, president of the SRM AP who presided over the meeting told newsmen that the Varsity is going to embark on massive expansion plan with greater resources and programmes for the faculty research and with an aim to enhance the student learning experience. He said that there would be new international collaborations to integrate innovation and technology-driven pedagogy such as active learning forums into the curriculum.

Dr Elizabeth Bradley, president of Vassar College, New York, said that she was happy to involve with SRM Varsity which has introduced Schools of Liberal Arts and Basic Sciences (SLABS). She said that there would be exchange of faculty and students of her college with the SRM Varsity. She also said that she believes in pure science and liberal arts should go together.

Vice-Chancellor of SRM AP Prof Jamshed Bharucha described the Board Governors meet as historic and a landmark in the Indian history of higher education. He said that the university has three visions—Advanced Research, Active learning classroom and Preparing our students in communication and leadership skills.

Prof D Narayanan Rao, pro vice-chancellor of the Varsity, listed out the research programme to be undertaken by the university in the next half decade. They include tie-up with integral coach factory, Amara Raja Batteries among others. He said that it would transform into a research- intensive varsity.