Perfect commixture of fun and horror The spooky town descended at the Hyderabad Golf Club on Sunday evening with Tahir Ali Baig putting up his signature genre play filled with spirits, ghosts and laughter. Written by Neol Coward around six decades ago ‘Blithe Spirit’ was the stage debut of the Aadarsh Balakrishna, our own T-Town baddie.

The spooky town descended at the Hyderabad Golf Club on Sunday evening with Tahir Ali Baig putting up his signature genre play filled with spirits, ghosts and laughter. Written by Neol Coward around six decades ago ‘Blithe Spirit’ was the stage debut of the Aadarsh Balakrishna, our own T-Town baddie.

Blithe Spirit is a story of a writer, played by Aadarsh, who in quest of finding his muse, ends up conjuring his dead wife, played eerily by Chandni. This proves to be highly unacceptable to his current wife, played by Varsha, who initially does not get his predicament. She soon finds herself in one when she discovers that he is actually talking to the spirit of his ex-wife and not gone insane. 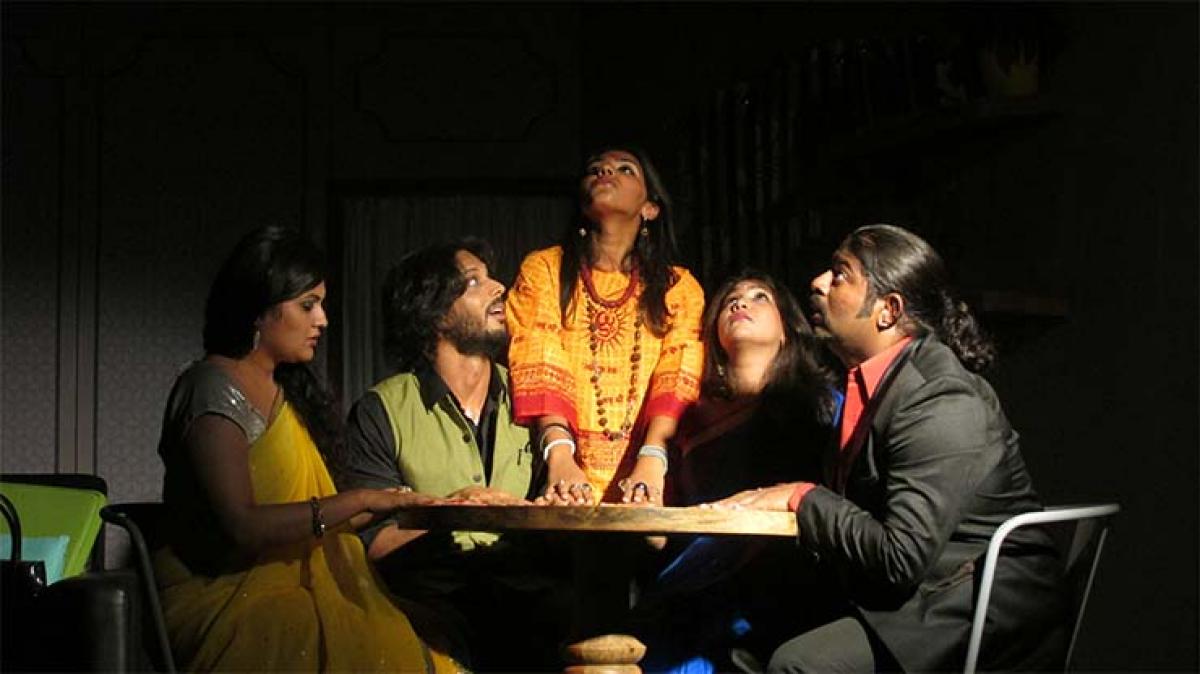 The entire sequence is riddled with laughter as the audience is treated to the misery of man caught between a dead wife and a living one. The weird dance routine of the psychic Ashwinder during her séance, the shifty eyed doctor Rahul and his wife Komal, only added to the already hilarious confusion unraveling itself on stage.

What started off as a mere fun experiment turned into a nightmare which somehow made the writer ending up with two dead wives haunting him as ghosts. Well, you have to sympathise with the character at this point. Two wives, as ghosts—the man deserves a bravery award.

The story ends with a nice little twist, in the form of Priya Venkat, to add to the drama and a whole lot of audience applause. DJ Hirecker’s apt original background score and spot-on tech support were no surprises. Although the sound was an issue at the beginning it was smooth sailing as soon as the audience settled with their drinks. As for the director, well he gave a whole new dimension to the theatrical phrase, “break a leg”. 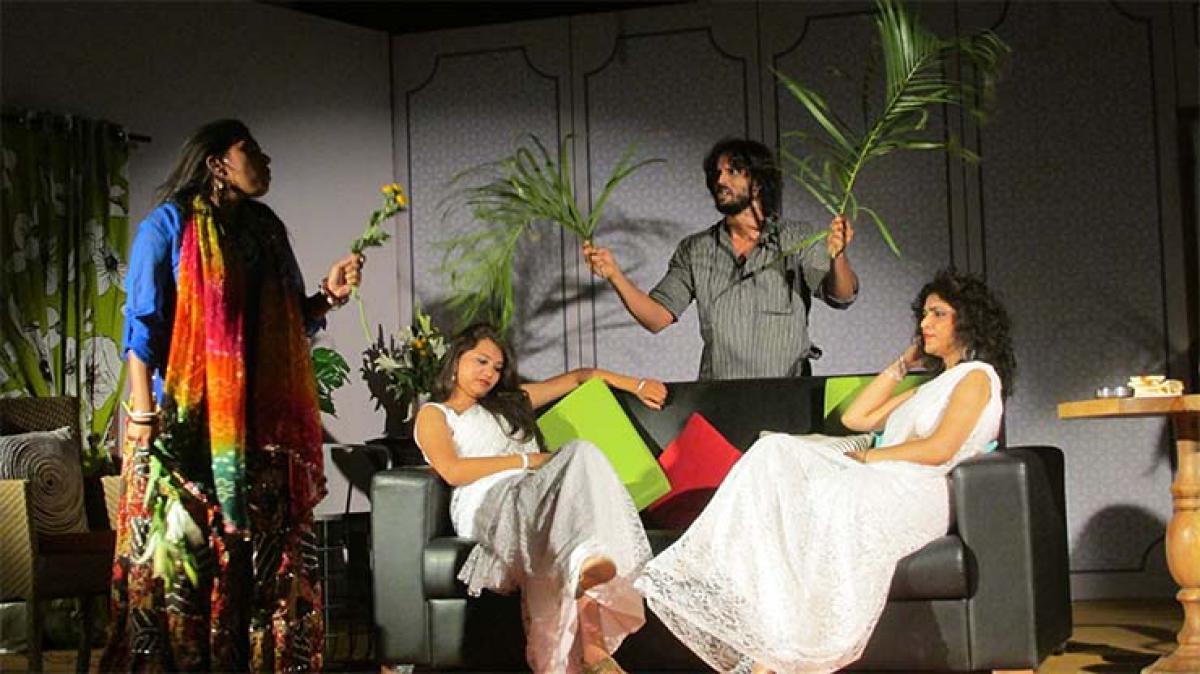 He literally did just that! Tahir Ali Baig was high on pain meds rather than adrenalin as he sat through the play barking directions to the back stage and cast while sporting a cast covering a compound fracture. The play was already in trouble when the lead actor had to be changed twice. The last time was just a couple of weeks before the show.

The cast was just getting in the groove when the director had a might fall, so to speak, and broke his leg, 48 hours before the play was staged. More than their acting talents, what the team of Blithe Spirit showed was character. ‘The show must go on’ and it did. There were a few hitches towards the end when actors spoke over each other a few times which resulted in the audience losing out on a few lines.

Owing to the intense heat and humidity, the energy on the stage dropped a bit as well, but before it could start to bother the audience, it was time for the curtain call. In case you missed it the first time, Blithe Spirit will be staged again this Sunday at the TSIIC Park. You would not want to repeat your mistake with this play.