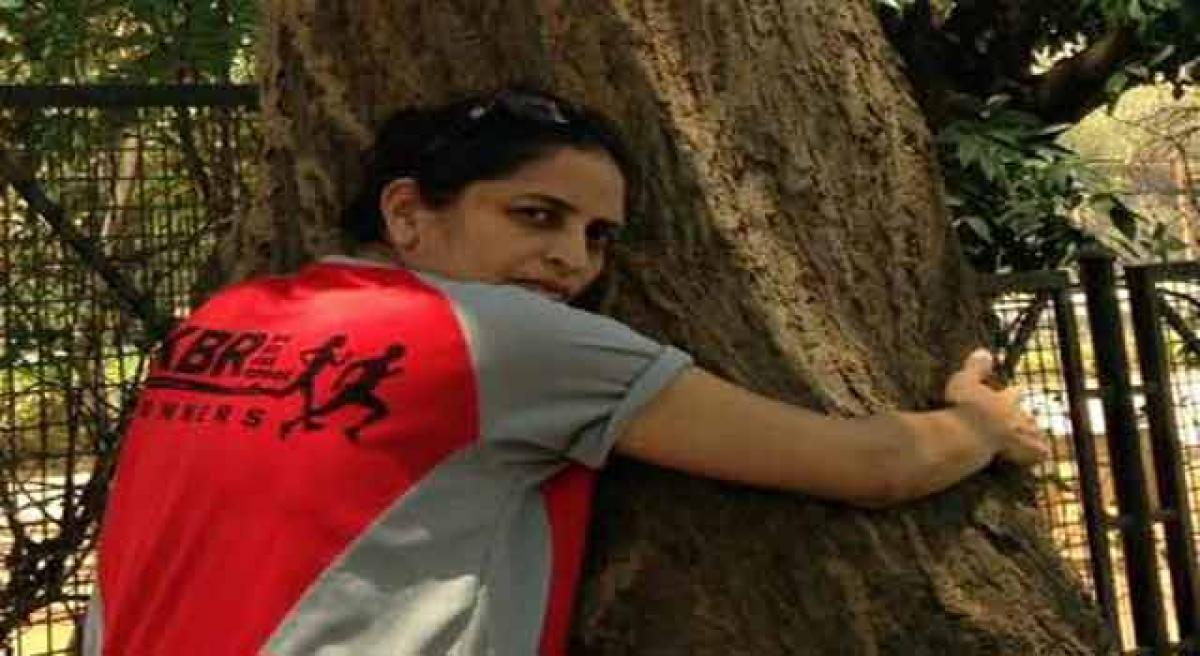 Vruksho rakshati rakshitah” state our scriptures (one who protects trees is protected) alluding to the fact that one who preserves nature reaps the benefits and one who violates it,  slowly but surely travels on the path of self destruction.

Vruksho rakshati rakshitah” state our scriptures (one who protects trees is protected) alluding to the fact that one who preserves nature reaps the benefits and one who violates it, slowly but surely travels on the path of self destruction.

The Telangana state government’s decision to cut down nearly 3,000 trees in and around the KBR National Park, in the heart of Hyderabad has activists in protest mode.

This is not about just one park nestled in elitist surroundings facing a threat from avoidable development. It is a wakeup call for citizens to be part of development, stand up and speak out and vote during elections, all over India

The extremes of temperature, receding water table and decreasing air quality have ceased to deter state governments in India, who believe that concrete jungles represent development.

The decision of the Telangana state government to cut down nearly 3000 trees in different areas and stretches around the KBR national park, in the heart of Hyderabad as part of its Strategic Road development Plan (SRDP) has activists in protest mode.

Their priority is to pressurise the government to look at alternative ways of development and save the depleting tree cover in Hyderabad which stands at a dismal 2.5 percent.

Many see the decision as a reflection of government priorities and a roundabout from pre-poll promises of converting the city into a “Haritavani” (Green land).

The prestigious “Harita haaram” (green garland) project announced with much fanfare has grandiose plans of planting 25 lakh saplings and at the same time the civic body of the government makes markings to axe full grown trees in contravention of the rule that requires a 10km buffer zone around it as per the Wildlife conservation act.

The park that houses over 600 varieties of plants (including rare medicinal plants), 140 species of birds and 30 varieties of reptiles is a haven for hundreds of people who come here to walk, jog and enjoy the unspoilt beauty of its sylvan surroundings.

Around 25,000 trees have been cut in recent times, as part of road widening in many parts of the city for the metro rail project and other activities, and now the effort to destroy an area filled with a concentration of green trees of ancient origin around a protected national park has sent shock waves in the KBR community.

Almost twelve voluntary organisations have come together to launch “A Hyderabad for trees” campaign that seeks to save this pathway and park.

“We are not against development but definitely oppose the unplanned and arbitrary manner in which the government is planning to do away with trees in a drought year and in peak summer.

Development has to be planned, sustainable and with the consent of the people. Jared Mason Diamond in his book “Collapse” talks about seven civilisations that collapsed at their peak because of two factors, lack of water and cutting down trees.

I hope the government reverses its decision fraught with disastrous consequences” warns Gautam Vir, founder Green Print who has been a regular at the Park for the last eleven years.

The SRDP project has to be reviewed as the 400-page report which was given to the state government involves a whopping amount of two lakh crores and has not been discussed with experts or the people according to environmentalists.

Unplanned development due to short sighted policies of the government resulted in four rounds of road widening in the same localities in the city, states reputed environmentalist BV Subba Rao.

He is quick to question “Is there any research or study undertaken by the urban planning wing with regard to development? Do we have data on the number of parks and protected green cover areas in the city? Clearly no.”

While the administration has done precious little to relocate religious structures that have sprung up on roads despite Supreme Court directions in this regard and statues of leaders obstructing development, they have no qualms about cutting down trees.

In many areas beautiful Gulmohar lined avenues that defined the city have been erased from public memory. Except the Cantonment area which is thankfully out of bonds for the state government, the rest of the city has trees destroyed without remorse.

Although there is talk of translocation of trees, many times advance planning required for this process is not adhered to, making it a difficult proposition to execute. Gopalakrishna, founder of Hyderabad trails who organises theme based heritage walks in the city roots for KBR Park which is unique in the country stating that he hasn’t seen another park like this despite living in many developed cities of the country.

‘We are ready to attach ourselves to trees and prevent them from being cut down like the Chipko movement of Sunderlal Bahuguna. We cannot watch the destruction of such beautiful flora and fauna and will explore the PIL and RTI routes as well,” he says

Car pooling, odd and even numbers and other alternate means are a better solution than bringing down the limited buffer area around the park and losing valuable trees according to activists.

Although destruction of forest cover, homes and means of livelihood are a regular feature for tribals and adivasis losing their lands to dams and other development projects in rural areas, the travails of urbanisation awakened city residents to the perils of development.

This is not about just one park nestled in elitist surroundings facing a threat from avoidable development. It is a wakeup call for citizens to be part of development, stand up and speak out and vote during elections.

One can take a leaf out of the tree and discover that it is high on the mountains and in continuing danger that the most indestructible, the strongest and the ideal trees grow.