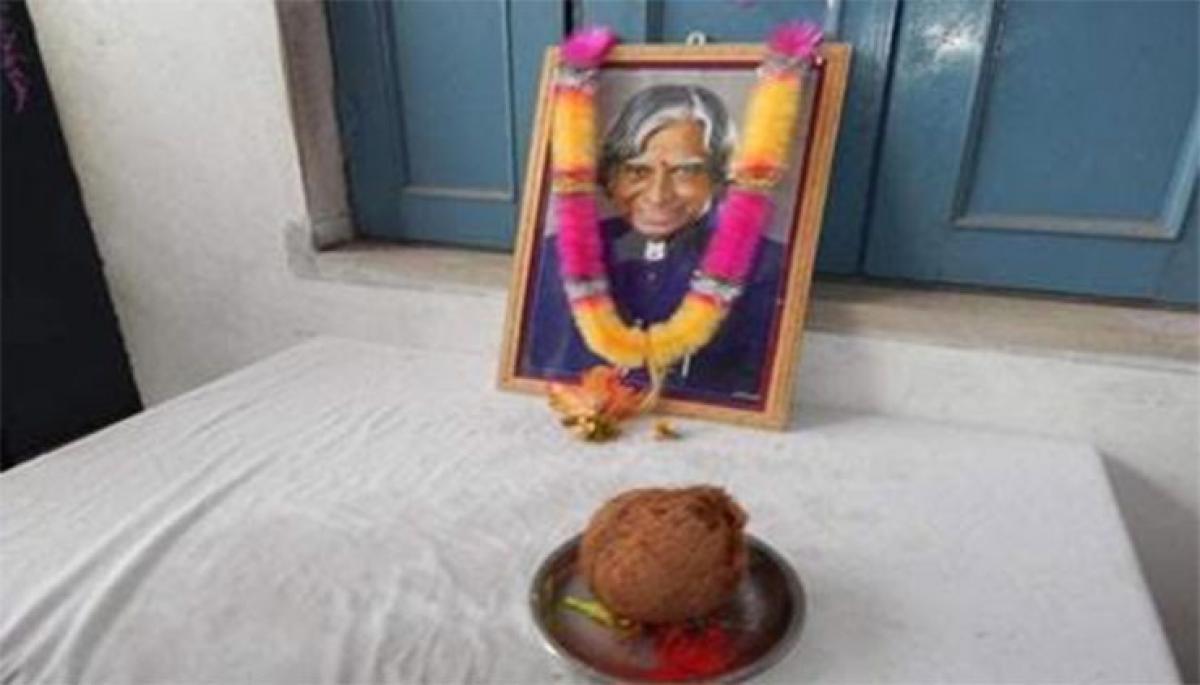 APJ Abdul Kalam Is Dead, Thinks Jharkhand Minister. Jharkhand minister Neera Yadav became a butt of all jokes on the social media after her photo that...

Jharkhand minister Neera Yadav became a butt of all jokes on the social media after her photo that went viral showed her garlanding the photo of former president APJ Abdul Kalam who is still alive.

According to reports, the minister recently attended a school function in Koderma in Ranchi. She was seen paying tribute to Kalam's picture.

Soon after the picture was published in paper, it created a buzz on the social media. Twitterites flayed her ignorance.

As per tradition, garlanding a person's photo will be done after the person is dead.

What the....? Jharkhand Education minister pays "homage" to @APJAbdulKalam !!!!

So this wave seems clearly a Hawabaazi by this BJP representatives. May god bless #Jharkhand

Level of education @HRD minister of Jharkhand Mrs. Neera Yadav who offered tribute to APJ Kalam who is still alive.

What the....? Jharkhand Education minister pays "homage" to @APJAbdulKalam !!!! pic.twitter.com/UP7YWOJbN8

@nistula @bhak_sala @APJAbdulKalam And our ex President is alive and well, please. Wish him a long and happy life.