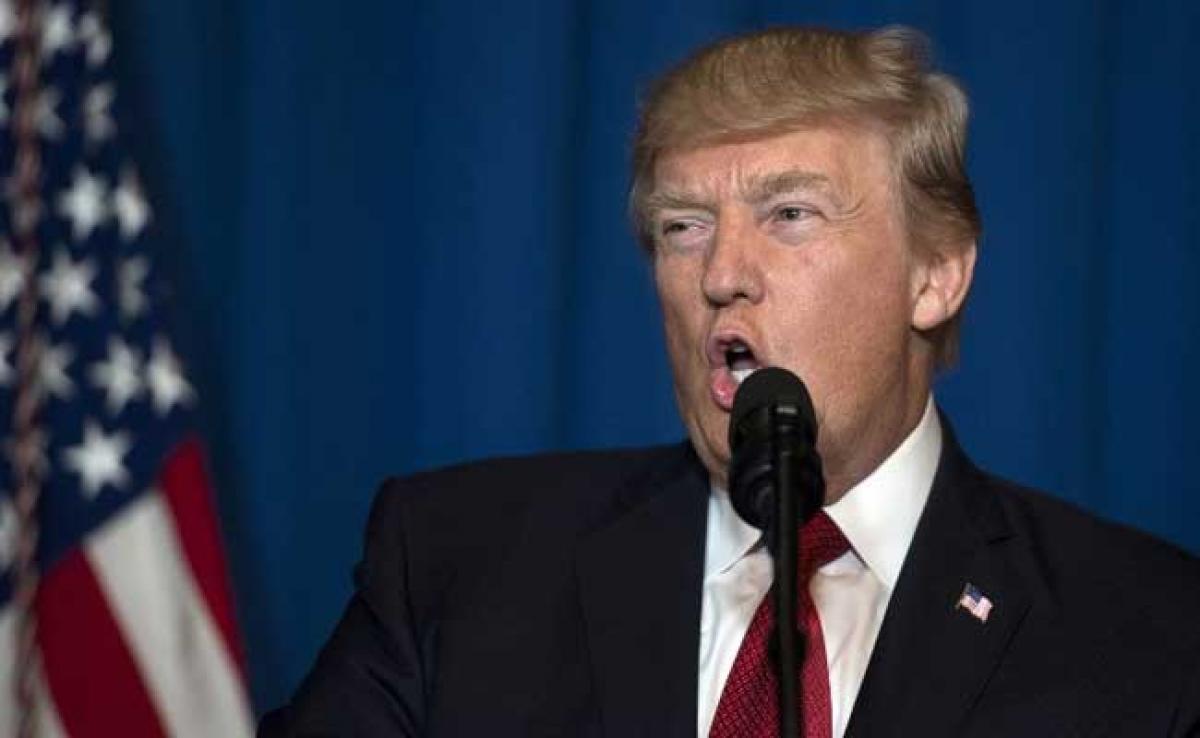 US President Donald Trump vowed Thursday that the -'problem-' of North Korea -'will be taken care of,-' as speculation mounted that Pyongyang might be...

US President Donald Trump vowed Thursday that the "problem" of North Korea "will be taken care of," as speculation mounted that Pyongyang might be preparing another nuclear or missile test.

"North Korea is a problem, the problem will be taken care of," Trump told reporters.

The ominous comments came the same day Trump ordered the dropping of the biggest non-nuclear bomb the US military possesses on Afghanistan, targeting a complex used by the Islamic State group.

A US aircraft carrier and its naval strike group has been diverted to the Korean peninsula.

Trump also flexed his military muscle last week by ordering cruise missile strikes on a Syrian airbase the US believed was the origin of an alleged chemical weapons attack on civilians in a northern Syria town.

There are reports of activity at a nuclear test site in North Korea ahead of Saturday's 105th anniversary of the birth of the country's founder Kim Il-Sung.

A US monitoring group, 38North, has described the Punggye-ri test site as "primed and ready."

The Voice of America, quoting US government and other sources, said North Korea "has apparently placed a nuclear device in a tunnel and it could be detonated Saturday AM Korea time."

Trump has repeatedly said he will prevent Pyongyang from developing a nuclear-tipped ballistic missile capable of reaching the United States.

He has asked his advisers to give him all options for dealing with the nuclear-armed North.

The US president has also said he would not signal his punches before embarking on any military action abroad.

China influence 'not what you'd think'

Asked on Thursday whether the bomb dropped in Afghanistan -- a GBU-43/B Massive Ordnance Air Blast bomb better known by its nickname, the "Mother Of All Bombs" -- was a warning to Pyongyang, Trump demurred.

"I don't know if this sends a message to North Korea," he said. "It doesn't make any difference if it does or not."

The North is under multiple sets of United Nations sanctions over its nuclear and ballistic missile programs.

In an interview published Thursday by The Wall Street Journal, Trump said he told Chinese President Xi Jinping to let North Korea know that the US has not only aircraft carriers but nuclear submarines.

But Trump said Xi, during a meeting in Florida last week, had corrected his earlier misconception that Beijing could easily get rid of the North Korea threat.

"After listening for 10 minutes, I realized it's not so easy," Trump said. "I felt pretty strongly that they had a tremendous power" over North Korea. "But it's not what you would think."