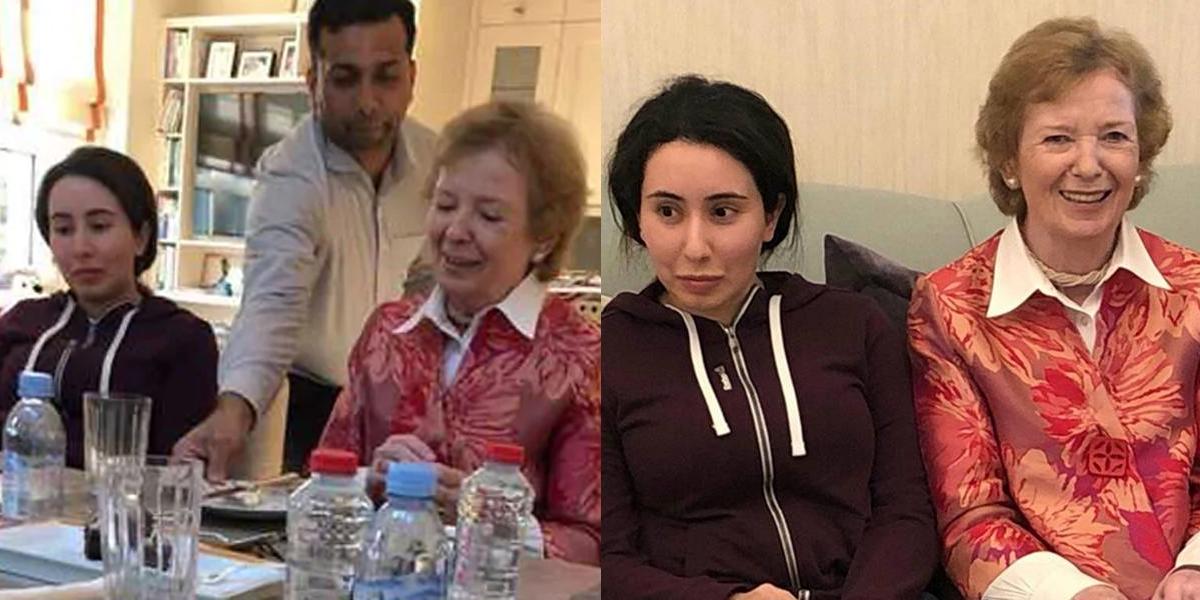 The UAE released Monday the first photos of a runaway princess since her attempted escape from the emirate months ago, as it sought to confirm she is at home with family

Dubai: The UAE released Monday the first photos of a runaway princess since her attempted escape from the emirate months ago, as it sought to confirm she is at home with family.

Sheikha Latifa bint Mohammed bin Rashid Al-Maktoum has not been seen publicly since she was allegedly captured at sea in March as she attempted to flee the United Arab Emirates.

"At the request of the family, on 15th December 2018, Mary Robinson... met with Her Highness Sheikha Latifa in Dubai," the foreign ministry said in a statement published by the state-run WAM news agency.

"During her visit to Dubai, Mary Robinson was reassured that HH Sheikha Latifa is receiving the necessary care and support she requires."

It was not immediately possible to confirm details of the meeting with a spokesperson for Robinson, who served as the United Nations High Commissioner for Human Rights from 1997 to 2002.

Sheikha Latifa, a daughter of Dubai ruler Sheikh Mohammed bin Rashid Al-Maktoum, appeared in a YouTube video in March in which she announced she was about to flee.

The video, in which she said she was leaving because of restrictions imposed on her family, was distributed after it became clear that her attempt to get away had failed.

Accounts by people involved in the escape attempt said that Sheikha Latifa fled first to Oman, before boarding a yacht which was surrounded by the Indian navy and then towed back to the UAE.

A source close to the Dubai government told AFP in April the princess had been "brought back" to Dubai.

The UAE said Monday its announcement "rebuts false allegations and provided evidence that Her Highness Sheikha Latifa was at home and living with her family in Dubai."

The foreign ministry said the statement was initially delivered on Friday to the United Nations High Commissioner for Human Rights.