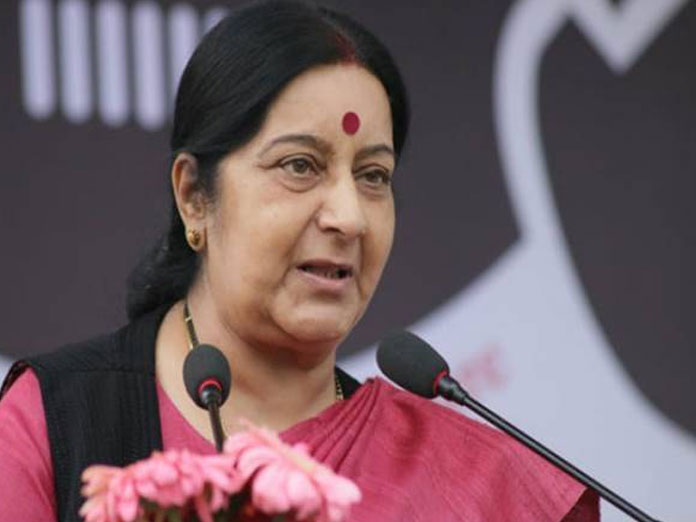 External Affairs Minister Sushma Swaraj is in Abu Dhabi to attend the foreign ministers meet of the Organisation of Islamic Cooperation OIC states...

Abu Dhabi: External Affairs Minister Sushma Swaraj is in Abu Dhabi to attend the foreign ministers' meet of the Organisation of Islamic Cooperation (OIC) states where she is expected to raise the issue of terrorism, amidst Indo-Pak tensions following the Pulwama terror attack. Swaraj will attend the inaugural plenary of the two-day meeting on Friday. It is for the first time that India has been invited to a meeting of the OIC, an influential grouping of 57 Islamic countries, as the guest of honour.

Pakistan, a member of the OIC, tried to get Swaraj 'disinvited' from the Abu Dhabi meet following India's air strike on the terror camp in Pakistan. Pakistan Foreign Minister Shah Mehmood Qureshi said he will not attend the meeting over the grouping's failure to rescind invitation to Swaraj. The OIC had disinvited India from its conference in 1969 in Morocco at Pakistan's behest. The OIC has usually been supportive of Pakistan and often sided with Islamabad on the Kashmir issue.

The MEA said Foreign Minister of United Arab Emirates Sheikh Abdullah bin Zayed Al Nahyan invited Swaraj as the 'guest of honour' to address the inaugural plenary and that India was happy to accept the invitation. Tensions have escalated between India and Pakistan in the wake of the February 14 Pulwama attack claimed by Pakistan-based terror group Jaish-e-Mohammed (JeM). Forty CRPF soldiers were killed in the attack.

Auto driver commits suicide over unable to find liquor in...