US Palestinian mission in Jerusalem to merge with Israel Embassy today 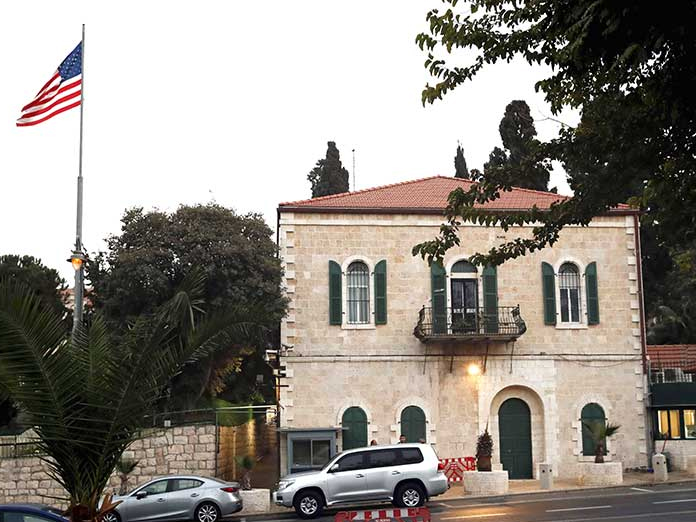 The US consulate in Jerusalem, which serves Palestinians, will be absorbed into the new US Embassy to Israel on Monday, the State Department said, a planned merger that has angered Palestinian leadership

WASHINGTON: The U.S. consulate in Jerusalem, which serves Palestinians, will be absorbed into the new U.S. Embassy to Israel on Monday, the State Department said, a planned merger that has angered Palestinian leadership.

The decision to create a single diplomatic mission in Jerusalem was announced last October by Secretary of State Mike Pompeo and had been widely expected for early March. The State Department announcement on Sunday gave the official date for the move.

The planned merger has raised Palestinians' fears that the Trump administration is downgrading the handling of their concerns in the disputed city of Jerusalem, home to sites holy to Judaism, Islam and Christianity.

U.S. President Donald Trump outraged the Arab world and stoked international criticism by recognizing Jerusalem as Israel's capital in December 2017 and moving the U.S. Embassy to Jerusalem from Tel Aviv last May.

Palestinian leaders suspended diplomatic contacts with the U.S. administration after the embassy move and have since boycotted U.S. efforts to craft a long-awaited Israeli-Palestinian peace plan, accusing Washington of pro-Israel bias.

The U.S. Consulate General in Jerusalem is the top mission for Palestinians, who with broad international backing seek East Jerusalem as the capital of a state they want to establish in the occupied West Bank and the Gaza Strip.

State Department spokesman Robert Palladino said the decision was driven by operational efficiency and there would be "complete continuity of U.S. diplomatic activity and consular services."

"It does not signal a change of U.S. policy on Jerusalem, the West Bank or the Gaza Strip," he said in a statement. "The specific boundaries of Israeli sovereignty in Jerusalem are subject to final status negotiations between the parties."

When Pompeo announced the merger plan last autumn, senior Palestinian leader Saeb Erekat denounced the decision to eliminate the consulate as the latest evidence the Trump administration was working with Israel to impose a "Greater Israel" rather than a two-state solution.

The status of Jerusalem is one of the thorniest disputes between Israel and the Palestinians.

Israel regards the entire city, including the eastern sector it captured in the 1967 Middle East war and annexed, as its "eternal and indivisible capital," but that is not recognized internationally.