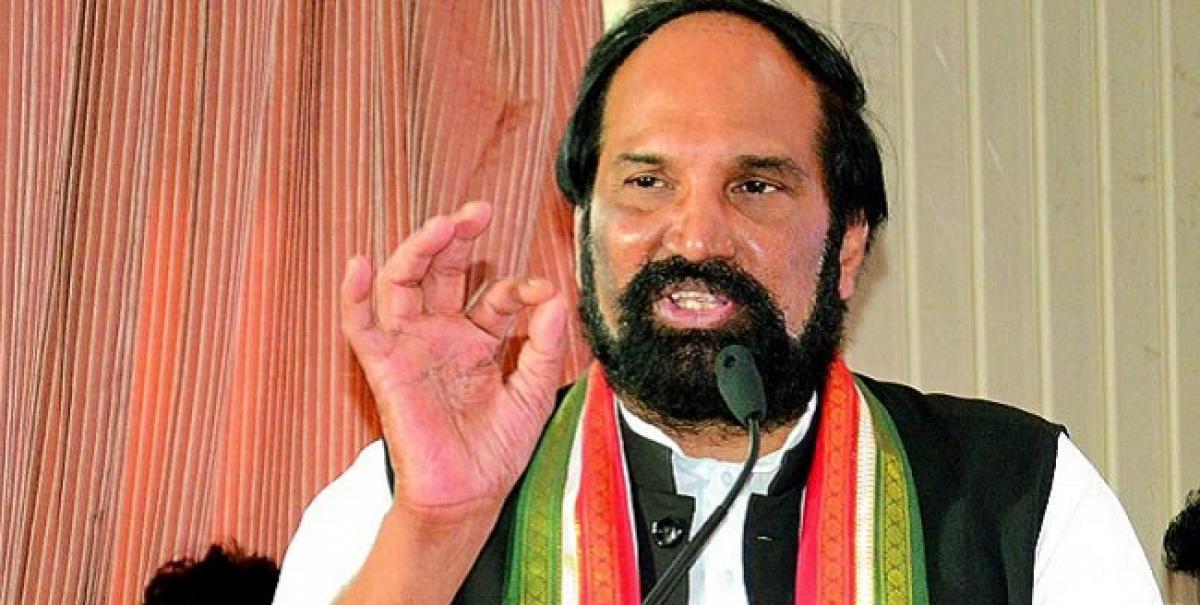 Hyderabad: Telangana Pradesh Congress Committee (TPCC) president Capt. N. Uttam Kumar Reddy has appealed the people to support the 'Bharat Bandh' call given by Congress party on Monday against the rising prices of petrol and diesel.

Addressing a meeting with Assembly Coordinators of Secunderabad, Hyderabad, Malkajgiri, Chevella and Medak Lok Sabha constituencies at Gandhi Bhavan on Sunday, Uttam Kumar Reddy said that the rising prices of petrol and diesel are hitting the common man hard. While the BJP Government at the Centre took no measures to control the prices, TRS Government in Telangana increased the sufferings of common man by levying new taxes. He said the taxes on petrol and diesel imposed by TRS Government in Telangana are not applied anywhere else in the country. Therefore, he said that the Congress party has decided to take the battle against rising petrol and diesel prices to streets.

Uttam Kumar Reddy directed all Congress leaders and workers to actively participate in the 'Bharat Bandh'. He also spoke to District Congress Committee (DCC) Presidents and other important leaders asking them to ensure participation of entire cadre in the protest. The Congress workers will also burn the effigies of Modi and KCR Governments on Monday to express their protest.