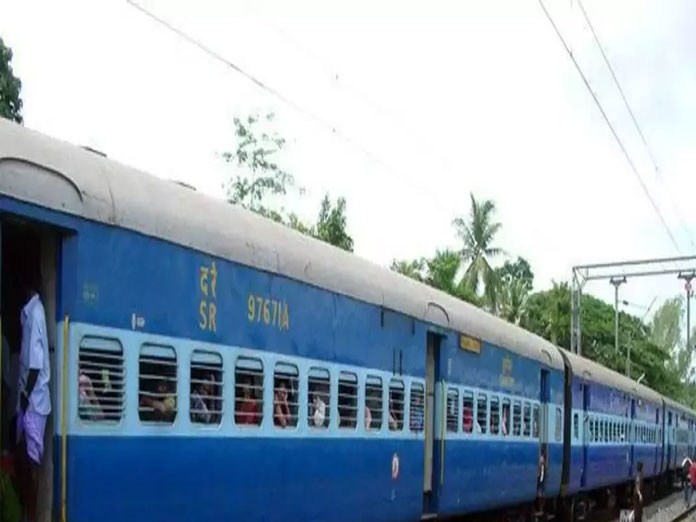 MYSURU: It's not an every day sight that a man will speak up about menstruation openly. But that is what happened when a trainee engineer sought help for his friend who got her periods soon after she entered a train.Three hours, some tweets and a few calls later, sanitary pads and medicines were delivered to the passenger at a station on the way.

Vishal Khanapure, who hails from Kalaburagi and is working in Hyderabad, was travelling on the Bengaluru-Ballari-Hospet passenger train on Monday. Soon after the train left Bengaluru, one of his friends — an architecture student on her way to Ballari — told him she had got her periods on the train and was unprepared. At 11pm, as the train was leaving Yesvantpur station, Khanapure tweeted to Indian Railways Seva seeking help.

Passenger leaves Bengaluru at 10.15pm and reaches Ballari at 9.40am the next day.

“It’s an emergency please...one of my friends is travelling on Hospet Passenger...(followed by seat details) is in need of meftal spas tablets. Please help her,” he tweeted. “At 11.06pm, an officer reached my friend and confirmed her requirements and took down her PNR details and mobile number. At 2am, when the train reached Arsikere station, officials of the Mysore division were ready with all the items she had sought. We are all surprised by the quick response,” said Khanapure.

Arasikere in Hassan district is about 140 km away from Mysore.

Officers of the Mysore division said the girl was provided with pads and medicine in the early hours of Tuesday. “Such requests are often made to us through tweets or on 138. We are always ready to help passengers,” said an officer.