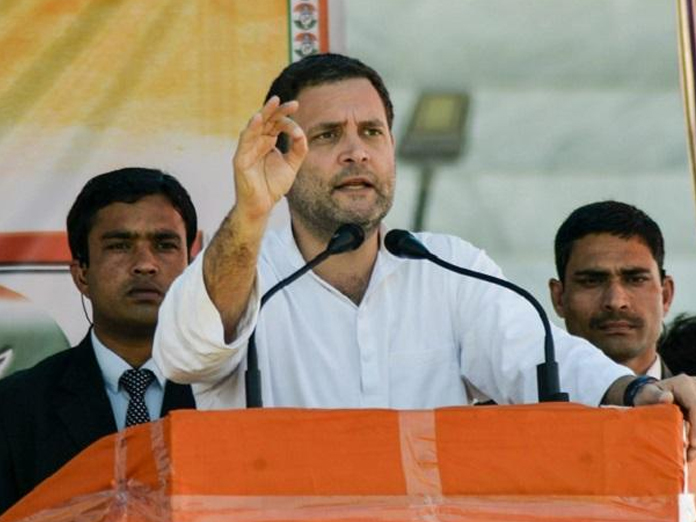 AHMEDABAD:Congress president Rahul Gandhi will kick off his party's Lok Sabha poll campaign in Gujarat on Thursday by addressing a public rally in Valsad district.

This will be Mr Gandhi's first visit to Gujarat after the 2017 Assembly polls in which he campaigned vigorously, travelling across the length and breadth of the state.

While the BJP returned to power in the state in 2017 by winning 99 seats in the 182-member Assembly, the Congress managed to increase its tally from 60 to 77.

To boost its cadre, the Congress is also likely to organise its working committee meet in Ahmedabad before the Lok Sabha elections, a party source said.

The Congress had drawn a blank in the state in the 2014 Lok Sabha elections when the BJP won all 26 seats.

The opposition party had won 11 seats in the state in the 2009 Lok Sabha polls.