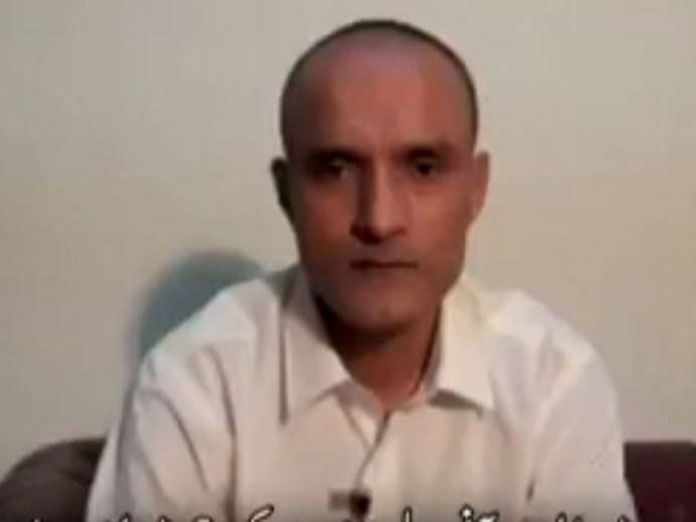 The International Court of Justice ICJ will hold public hearings in the Kulbhushan Jadhav case from Monday at The Hague during which India and Pakistan will present their arguments before the top UN court, which was set up after World War II to resolve international disputes

A 10-member bench of the ICJ on May 18, 2017 had restrained Pakistan from executing Jadhav till adjudication of the case.

The International Court of Justice (ICJ) will hold public hearings in the Kulbhushan Jadhav case from Monday at The Hague during which India and Pakistan will present their arguments before the top UN court, which was set up after World War II to resolve international disputes.

Mr. Jadhav (48), was sentenced to death by a Pakistani military court on charges of espionage and terrorism in April 2017. India moved the ICJ in May the same year against the verdict.

A 10-member bench of the ICJ on May 18, 2017 had restrained Pakistan from executing Mr. Jadhav till adjudication of the case.

The ICJ has set a timetable for the public hearing in the case from Febraury 18 to 21 in The Hague and Harish Salve, who represents India in the case, is expected to argue first on February 18.

The hearings will be streamed live on the Court’s website as well as on UN Web TV, the United Nations online television channel.

It is expected that the ICJ’s decision may be delivered by the summer of 2019.

“India will present its case before the court. Since the matter is subjudice it is not appropriate for me to state our position in public. Whatever we have to do, we will do at the court,” Ministry of External Affairs Spokesperson Raveesh Kumar said last week in response to a question.

Pakistan’s Attorney General Anwar Mansoor would lead the Pakistani delegation at the ICJ while Director General South Asia Mohammad Faisal would lead the Foreign Office side.

Ahead of the hearing, a senior Pakistani official said that his country is committed to implement the decision of the ICJ in the Jadhav case.

“We are fully prepared with our strongest evidence being the valid Indian passport recovered from Commander Jadhav with a Muslim name,” the official said.

Both India and Pakistan have already submitted their detailed pleas and responses in the world court.

In its written pleadings, India accused Pakistan of violating the Vienna Convention by not giving consular access to Mr. Jadhav arguing that the convention did not say that such access would not be available to an individual arrested on espionage charges.

In response, Pakistan through its counter-memorial told the ICJ that the Vienna Convention on Consular Relations 1963 applied only to legitimate visitors and did not cover clandestine operations.

Pakistan had said that “since India did not deny that Jadhav was travelling on a passport with an assumed Muslim name, they have no case to plead.”

Pakistan said that India did not explain how “a serving naval commander” was travelling under an assumed name. It also stated that “since Jadhav was on active duty, it is obvious that he was a spy sent on a special mission”.

In its submission to the ICJ, Pakistan had stated that Mr. Jadhav is not an ordinary person as he had entered the country with the intent of spying and carrying out sabotage activities.

India has been maintaining that the trial of Mr. Jadhav by a military court in Pakistan was “farcical”.

Pakistan claims that its security forces arrested Jadhav from restive Balochistan province on March 3, 2016 after he reportedly entered from Iran.

However, India maintains that Mr. Jadhav was kidnapped from Iran where he had business interests after retiring from the Navy. Mr. Jadhav’s sentencing had evoked a sharp reaction in India.

India had approached the ICJ for “egregious” violation of the provisions of the Vienna Convention on Consular Relations, 1963, by Pakistan in Jadhav’s case.

Pakistan had rejected India’s plea for consular access to Mr. Jadhav at the ICJ, claiming that New Delhi wants the access to get the information gathered by its “spy”.

However, Pakistan facilitated a meeting of Mr. Jadhav with his mother and wife in Islamabad on December 25, 2017.

In the pictures issued by Pakistan after the meeting, Mr. Jadhav was seen sitting behind a glass screen while his mother and wife sat on the other side. They spoke through intercom.

Later, India accused Pakistan of disregarding cultural and religious sensibilities of Jadhav’s family members under the pretext of security by removing the mangal sutra, bangles and bindi of his mother and wife before they could meet him.

India also asserted that Mr. Jadhav appeared coerced and under considerable stress during the tightly-controlled interaction at the Pakistan Foreign Office.

After the meeting, Pakistan issued a video message of Mr. Jadhav in which he is seen thanking the Pakistan government for arranging a meeting with his wife and mother.