Governor creates a mood of patriotism at the BIFF 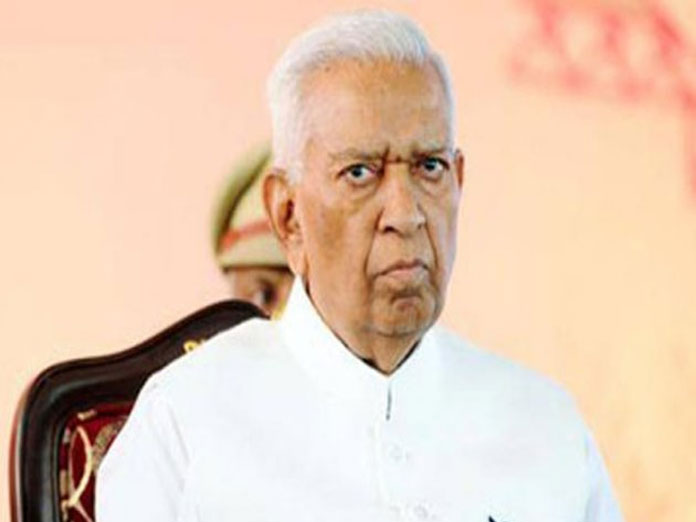 On Thursday the governor Vajubhai Rudabhai Vala at the valedictory ceremony of the 11th Bengaluru International Film Festival said that When you say...

BENGALURU: On Thursday the governor Vajubhai Rudabhai Vala at the valedictory ceremony of the 11th Bengaluru International Film Festival said that “When you say Bharat Mata Ki Jai, say it so loudly that it is heard beyond Pakistan’s borders.”

Interestingly, it was India all the way in the awards, with Indian films making its mark by receiving honours in the major competition sections. Announcing Tamil film Sivaranjiniyum Innum Sila Pengalum, which has been directed by Vasanth S Sai won the Best Asian Film award.

Vidyashankar recalled how the festival has evolved over the years and said that “The festival’s intellectual infrastructure has grown. From 50 to 60 films we screened 10 years ago, this year saw over 225 films from more than 60 countries. We had 15 categories, including the competition sections. From the initial years where we got films from consulates and interested filmmakers and countries, now, we’re in a position to choose films we want to show. We don’t need to invite delegates; I get 6,000 applications as soon as the festival is announced. I hope BIFF's gains more credibility by receiving accreditation.”

Polish filmmaker and the chief guest of the night Krzysztof Zanussi said, “Narrative art (like cinema) enables us to keep in touch with a world we otherwise would not be acquainted with. While there’s a common inference that art promotes beauty, I believe art has to promote wisdom, especially these days where stupidity and irresponsibility may lead to catastrophe.”

BIFFes chairman Nagathihalli Chandrashekhar thanked the hundreds of nameless volunteers who made sure that the festival ran smoothly. “On the weekend, when they're almost was a stampede, volunteers formed a human chain to control the situation. I thank these volunteers who worked selflessly,” he said in his vote of thanks.