6 dead, 31 injured as bus falls into gorge in J&K's Udhampur 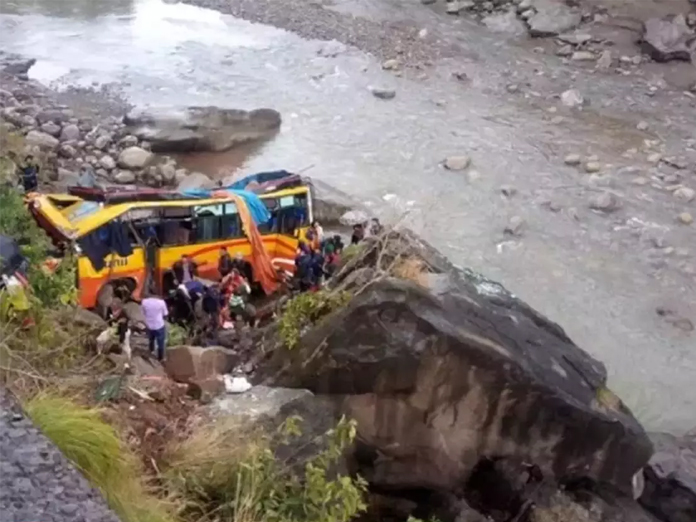 Six persons were killed and 31 injured when a Srinagarbound private bus skidded off the road and fell into a deep gorge in Udhampur district of Jammu and Kashmir, officials said Saturday

Jammu: Six persons were killed and 31 injured when a Srinagar-bound private bus skidded off the road and fell into a deep gorge in Udhampur district of Jammu and Kashmir, officials said Saturday.

The accident happened at Chandeh village near Surinsar around midnight when the driver of the bus lost control over the vehicle which rolled down into the gorge, the officials said.

They said the driver had reportedly taken the interior route to dodge traffic police in view of the restrictions on the main Jammu-Srinagar national highway which was opened for traffic from Jammu to Srinagar on Saturday after five days of closure due to landslides caused by rain and snowfall.

They said a rescue operation was immediately launched.

Five persons were found dead while 32 were rescued and rushed to Government Medical College hospital Jammu for treatment, the officials said.

They said one of them was declared dead by doctors on arrival. A few of the injured were stated to be “critical”, the officials said.