Watch: Gadkari wants protestors spanked, thrown out of his meets 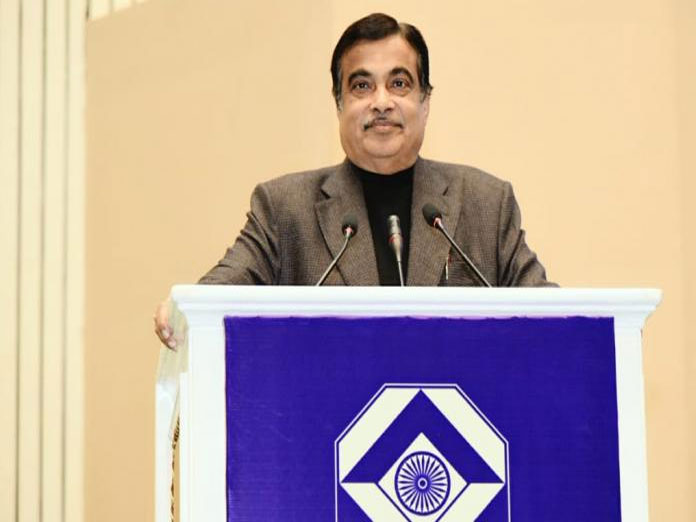 Gadkari lost his cool when some people raised slogans during his speech, which was also attended by Maharashtra CM Devendra Fadnavis.

​Nagpur: Union Minister and senior BJP leader Nitin Gadkari expressed his displeasure on Wednesday over some people raising slogans at a public meeting in Nagpur over their support for a separate Vidarbha state. He warned that he will get them "thrown out" from the event if they continue.

Gadkari lost his cool when some people raised slogans during his speech at the meeting, which was also attended by Maharashtra Chief Minister Devendra Fadnavis, and other senior leaders.

When Gadkari started speaking, some pro-Vidarbha activists sitting in the crowd began raising slogans, demanding separate statehood for the region in eastern Maharashtra. The activists also threw pamphlets in the media enclosure.

Irked over the constant shouting of slogans for a separate Vidarbha state, Gadkari first asked them to keep quiet. Thereafter, the Union minister said: "If they continue to make noise again, spank them, and throw them out. Take them all out."

Nagpur should be developed as the second capital and "we want to take Nagpur and Vidarbha region forward together and put them prominently on the world map," Gadkari told the gathering.

The senior BJP leader said he is happy that under the leadership of Chief Minister Devendra Fadnavis, Nagpur and Vidarbha are witnessing all-around development.

Both Gadkari and Fadnavis belong to Nagpur, considered the second capital of the state and the region's biggest city.

The cotton-growing region, which comprises nearly a dozen districts, has been witnessing a movement for separate statehood for decades.

The BJP supports the demand for separate statehood for Vidarbha citing better and more efficient administration, but its ally - the Shiv Sena - is vehemently opposed to any division of Maharashtra.