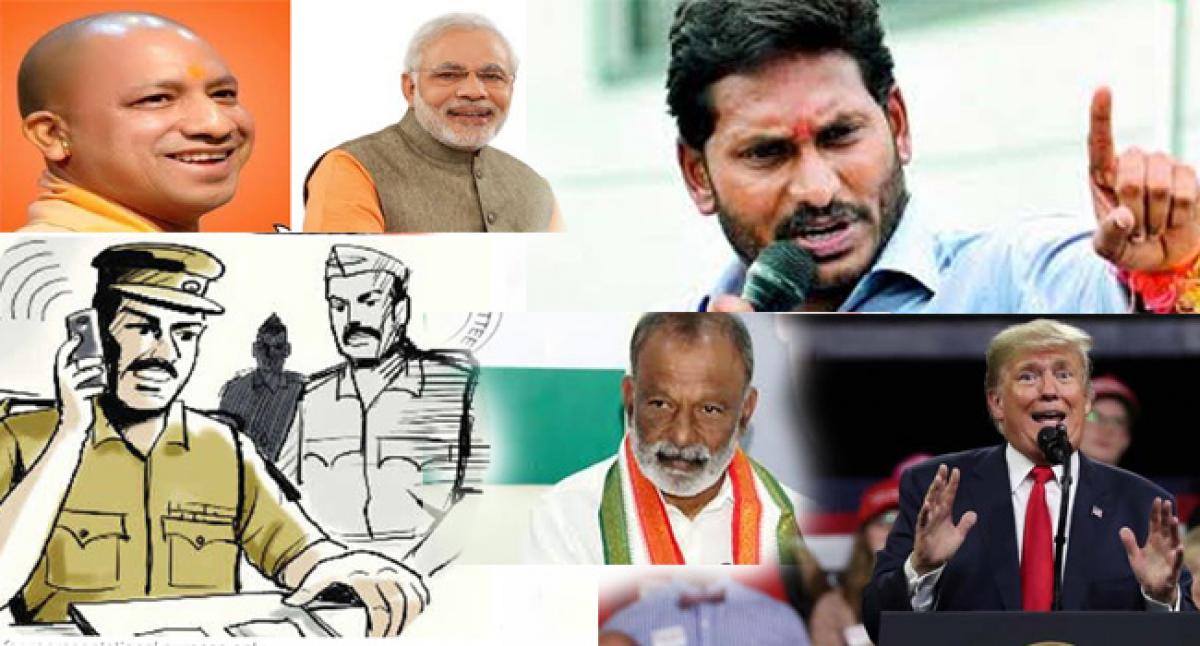 Modi And Yogi to focus more on Telangana Campaigns

Hyderabad: BJP stepping up its Campaign in Telangana with Prime Minister Narendra Modi and Uttar Pradesh Chief Minister Yogi Adityanath and other Union Ministers scheduled to campaign in the next few weeks.....Read more

Hyderabad: A woman and a police constable were rammed by a speeding bike riding by a Nigerian at Rajendranagar in Hyderabad. Police were chasing the suspected drug peddler when the incident occurred.....Read more

Andhra Pradesh Congress Committee unfolded a big drama to lure the people in the next elections.....Read more

Fresh from clinching an updated North American commerce pact, U.S. President Donald Trump on Monday criticized Indian and Brazilian trade tactics, describing the latter as being “maybe the toughest in the world” in terms of protectionism......Read more