No place for patriarchy anymore 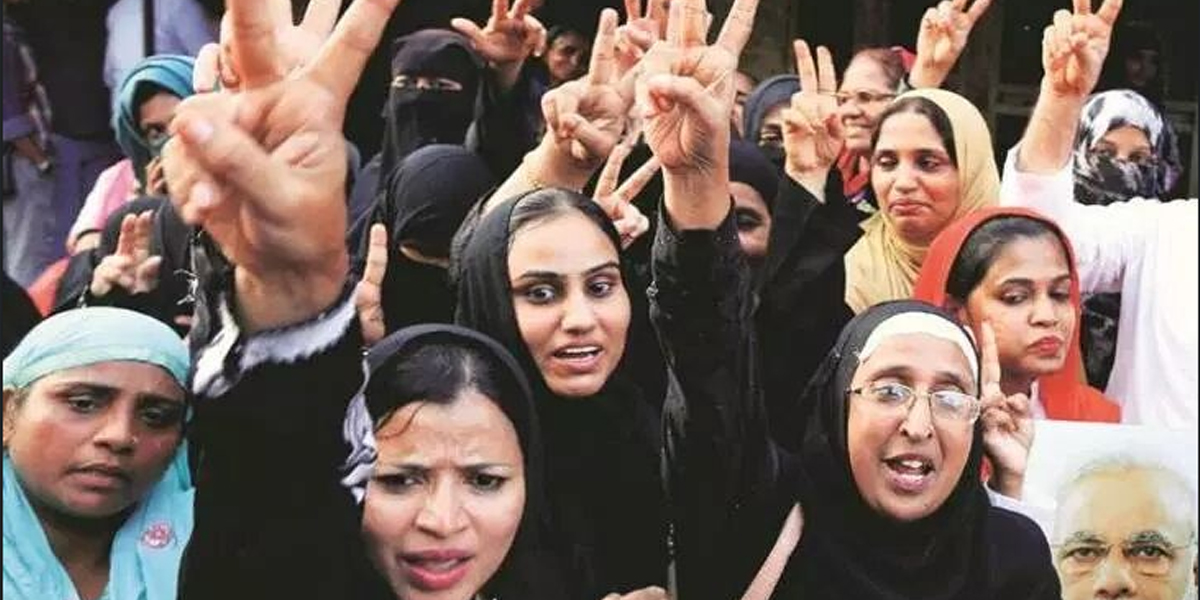 . After a 4-hour long hot debate Lok Sabha once again passed Muslim Women (Protection on Rights on Marriage) Bill 2018 also known as the Triple Talaq Bill on Thursday. The Bill which is aimed at bringing gender equality among Muslims was passed with 245- 11 majority to replace an ordnance issued in September. The Treasury benches did not allow the amendments proposed by the opposition including the it's demand to refer the Bill to a Joint Select Committee. It is proposed to supersede an earlier bill passed in the Lok Sabah and pending in the Rajya Sabha. So, there is no guarantee that the bill will become a law until it passes the Rajya Sabha hurdle where the ruling party does not have required numbers.

Under the proposed law ,giving instant triple talaq will be illegal and void, and will attract 3 year imprisonment for her husband. The new bill is a improved version as it clearly says complaint against the man must be made by the close relatives of the victim and not by neighbours. Further it stated that the alleged person can be given bail by the court after taking statement from the victim .As such there will be no problem in giving maintenance to the victim. However it is a pertinent question why our Muslim brothers are following this dictum as it is neither mentioned in the holy Quran nor being followed in most of the Muslim countries including Pakistan. It was born out of patriarchic society and so it has no place in modern times. So all the people who want change in life style must welcome the bill whole heartedly.

Considering the unexplainable grief of the Muslim women, the stance of the Lower House of Parliament needs to be lauded. Perpetual threatening in the name of talaq creates turbulence in the lives of aggrieved Muslim women. They tend to find solace with the load off their minds about the plight that they will have to face no sooner as their husbands wallow the trick of triple talaq only if it is criminalised. The nation needs to stand for those women by passing a suitable legislation after seeking approvals of the Upper House and the President to safeguard their interests and be ensured with all protections under law.

The Lok Sabha has passed the Triple Talaq Bill but it is very difficult to be passed in the Rajya Sabha due to less number of ruling party members. The government has done a wonderful job by passing the Triple Talaq Bill. When 20 Islamic countries make instant talaq is cognizable offence so why there is hue and cry in India?. If Muslims follow the Islamic rules strictly then the introducing of talaq bill does not arise. Actually Muslims take the talaq easily so they declare the talaq by Whatsapp, phone etc. Due to injustice our women knock the door of court to get the justice for Triple talaq. The time has come when Muslims should follow the Quran strictly and try to follow the Islamic rules and regulations. After passing the triple talaq bill in both houses, at least men will avoid to give triple talaq in fear of jail and the number of talaq cases will come down.

The triple talaq bill seems to be passed in the Lok Sabha deliberately and instantly like "Teen Talaq" without consulting the matter with Muslim scholars of the All India Muslim Personal Board. (LS passes bill to make instant triple talaq criminal offence, THI Dec. 28). When the law minister Ravi Shankar Prasad talking about the humanity and justice; then why is the justice has not been done with that widow Zakia Jaffery wife of a former Congress MP Ahsan Jaffery and many other Muslim women whose husbands were brutally killed in the 2002 Gujarat riots even after a period of fifteen years? It is nothing but appears to target a particular minority community.

The contentious triple talaq bill criminalizing instant divorce by Muslim men was passed in Lok sabha. The bill is nothing but interfering in the matter of one’s religion. The real purpose of the bill was not to empower Muslim women but to penalise Muslim men. BJP government talks about Muslim women empowerment while introducing triple talaq bill but same BJP opposes the entry of women in Sabarimala temple. Why this double game played by BJP?. It is very dangerous bill that will make civil issue a criminal offence. Who will take care of the wives and children once the husband goes to jail. How husband will be able to give maintenance amount when he is in jail. The bill is against the constitutional right to equality as it is being made only for muslims. The bill will bring more complications to muslim women rather than solving the problem of muslim women.