Lokpal appointment should be expedited 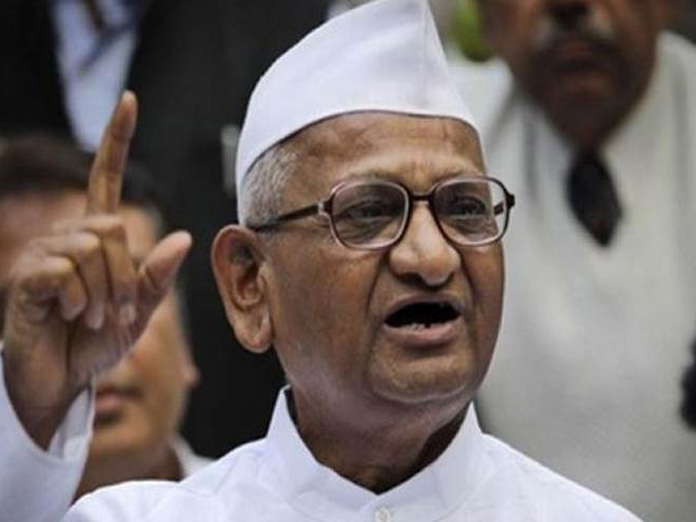 Veteran anti-graft activist Anna Hazare commenced an indefinite hunger strike at his native village Ralegaon Siddi in Maharashtra's Ahmednagar district on day of Mahatma's death anniversary. This time he began his hanger strike to put pressure on the Centre to appoint a Lokpal at the earliest. In fact, with his agitation only Lokpal bill passed in the Parliament. It came to existence on January 1,2014. Since then the anti- corruption body has not been with its head.

The octogenarian strongly believed that the scams like Rafale would not have taken place if the Lokpal was in place. Right from the beginning the Modi government is delaying Lokpal on flimsy reasons like the Speaker of Lok Sabah has not recognised opposition leader Mallikarjuna Kharge in the lower house as leader of opposition following his party's dismal performance in the present Lok Sabha elections in 2014.

Indeed, the Union government is maintaining double standards as it appended temporarily opposition leader status to Kharge in the case of CVC and CBI appointments but in respect of Lokpal it wanted to invite him as special invitee that sans voting rights to him. Now on the direction of the apex court the Centre appointed search committee for Lokpal which had its first sitting accidentally on the day of commencement of Hazare's strike.

But how careless is the government as the committee had to approach the Court for its minimum office facilities. It seems the government has not strong will in appointment of Lokpal But it should mind that its predecessor also met its failure on the issue. Thus it put its efforts seriously otherwise it will meet same fate. I think the apex court itself must make these appointments for the sake of the country

II
That anti- corruption crusader, Anna Hazare has been forced to take indefinite fast route again for the third time for the cause of Lokpal in this decade speaks volumes on the indifference of ruling parties about the very idea of Lokpal. After being in cold storage for many decades, the Lokpal bill was at last made a law in January 2014 by the then UPA dispensation reluctantly with the mounting pressure from civil society.

But the changed regime that of NDA which had joined forces with anti- corruption movement for it and benefited electorally is also not active to implement the act in its true spirit. It is ironical that even the formation of search committee to search suitable persons for the post has taken four long years by this government, that too on insistence of the judiciary. There is hardly any hope left that the ruling class will act differently here after.

Although the new tariff orders have enabled the consumers to know about the genuine prices of the TV channels and have promoted the consumer's own preference regarding the selection of channels, it has not anyhow proved to be cheaper for the consumers. The monthly subscription rate of my DTH service used to be `400 (approximately) but after the application of the new tariffs, it has exceeded to `550. One can consider it as a huge acceleration in the price range.