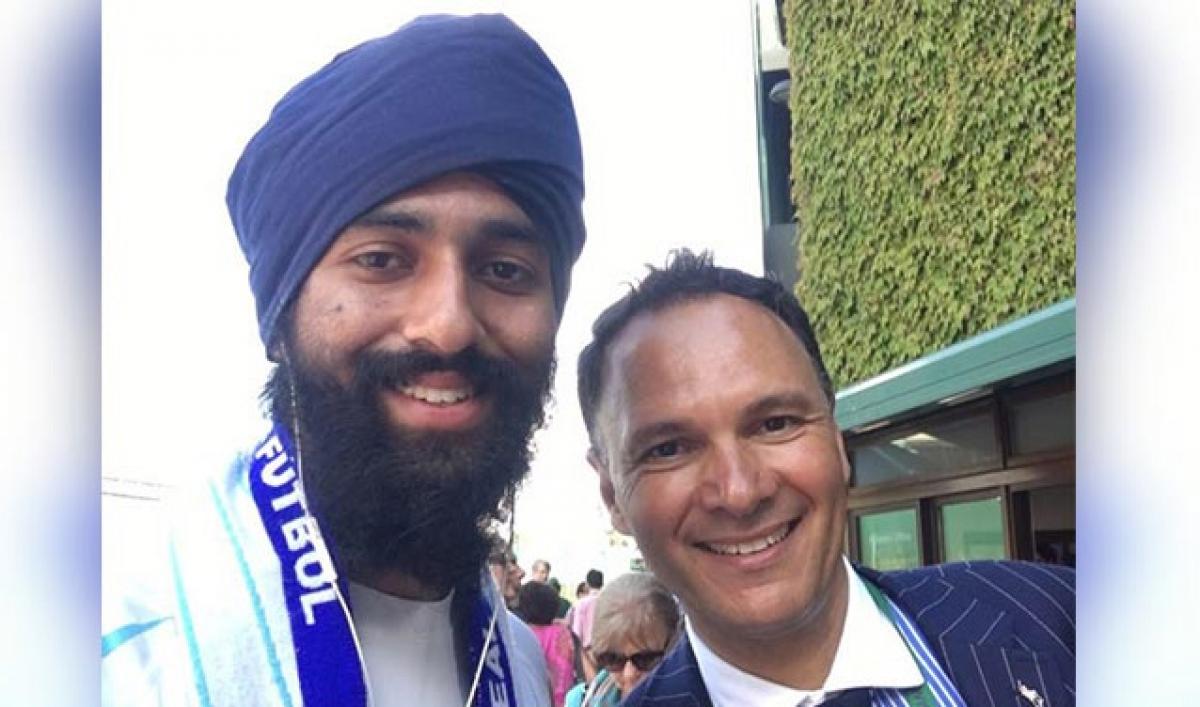 A 20-year-old Sikh man was kicked out of an overnight queue to watch the Wimbledon tennis championships as he apparently made other people around him \"uncomfortable\".

A 20-year-old Sikh man was kicked out of an overnight queue to watch the Wimbledon tennis championships as he apparently made other people around him "uncomfortable".

Govindpal Kooner took to Facebook last week to voice his anger at being thrown out and claimed it was an act of racism, cases of which have reported a rise in the wake of Britain's vote to leave the European Union (EU).

He wrote on Friday: "Kicked out of the overnight camping line for centre court Wimbledon line 'because you make some people around you uncomfortable, so we're gonna have to report you and ask you to leave immediately, sir'".

"Post-Brexit racism and the overt rise of neo-facism. Please advise how best to report this," he said.

The sportsman who himself dreams of playing professional tennis was eventually allowed to enter the ground after re-queuing in the line a few hours later and made an official complaint about his treatment.

"I felt awful. I felt like I should've fought and negotiated but I backed down and silently left. I don't feel like I'm ever going back now. It's still one of my favourite tournaments but can no longer definitively say it's a lifelong dream to play on centre court," he was quoted as saying by Metro.

Dozens of people responded to his post saying he should report the "discrimination" to police.

A Wimbledon spokesperson said: "We can confirm that a gentleman was asked to leave the queue at 4.42 am this morning (Friday) after a number of complaints from his fellow queuers about his behaviour."

He has previously been warned about his conduct in The Queue on up to six separate occasions during this year's Championships.

"We do acknowledge, however, that in this instance the event safety staff could have provided a better explanation to him. Happily, the same person has been in the Grounds today (Friday) watching the tennis," he said.

But the man insists he did nothing that would warrant being escorted off the grounds, was not intoxicated, loud or aggressive and had not been previously warned about his behaviour.