Firm defender of the Constitution: Yechury on Somnath Chatterjee 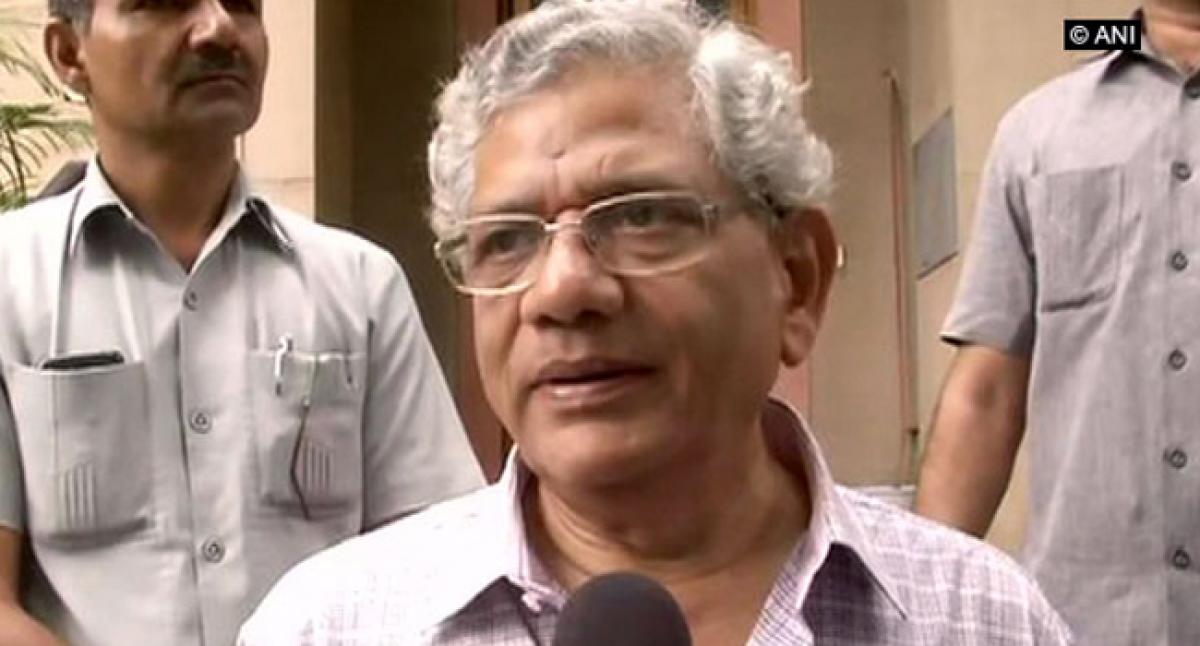 Speaking to media persons here, Yechury said, "Somnath Chatterjee was a firm defender of the foundations of the Indian Constitution, particularly, its secular and democratic foundations and federalism."

Meanwhile, CPI-M leader Biman Bose also paid his tributes to the ten-time MP. "We have lost a voice for the democracy. He used to fight for the common people. How his relations were with the party towards the end does not matter, what matters is that he was true to the party's ethics," Bose said.

Chatterjee, who was admitted in a private hospital in Kolkata on August 10, breathed his last at 8.15 am today. He had a cardiac arrest, according to the doctors.

One of the longest-serving parliamentarians in India, Chatterjee was suffering from a kidney ailment and was put on ventilator support on Saturday. He suffered a hemorrhagic stroke in July.