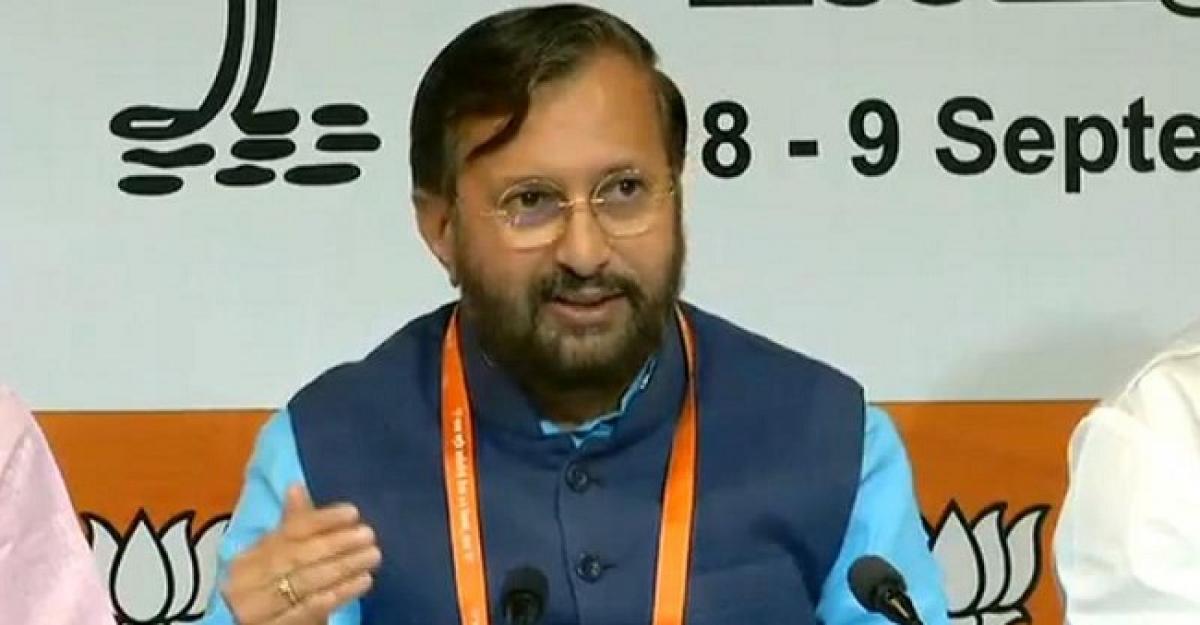 Union minister Prakash Javadekar on Sunday said he wants to withdraw two inappropriate words begging bowl from his speech, in which he had favoured educational institutes to seek support from their alumni, besides government help

New Delhi: Union minister Prakash Javadekar on Sunday said he wants to withdraw two "inappropriate" words "begging bowl" from his speech, in which he had favoured educational institutes to seek support from their alumni, besides government help.

The Union human resource development minister said he wanted to withdraw the words, claiming that they were "inadvertently" used during his speech at a school in Pune on Friday.

He was quoted in various news reports as saying, "It is former students of an institute, who give back to their educational institutes, however, there are some schools which keep approaching the government with a bowl seeking help."

"My speech has been misinterpreted. The government is investing in education on a big scale and budgetary provisions have been increased by 70 per cent in the last four years. At the same time the alumni also need to contribute for the development of schools and colleges," Javadekar said.

"This is the practice worldwide. I didn't mean to say that the government will not help, I just meant that alumni should come forward to help besides the government support. I also want to withdraw two inappropriate words begging bowl which were inadvertently used during my speech," he said in a statement.

According to the reports, the minister had said, "Worldwide, who run educational institutes? It is the former students. Who run universities worldwide? It is the alumni who have excelled in their respective fields."

"Such students give back to their educational institutes. This same attitude has been cultivated by Jnana Prabhodhini among its students over the years, and because of the contribution of its former students, the institute is successfully running for the last 50 years," he had said while speaking at a function organised here by the Jnana Prabhodini School.

Javadekar had said that there were, however, some schools which keep approaching the government with a "bowl" seeking help while the real help (alumni) is with them itself.

"It is the responsibility of former students to get associated with their schools or colleges and contribute for its betterment. It is also important for a school or college to cultivate that attitude in its students," the minister had said.

He also told the gathering about the efforts his ministry was taking to reduce the weight of school bags by 50 per cent.

"Efforts are being taken to reduce the weight of the school bags by 50 per cent so that students get more time for extra-curricular activities," Javadekar had said.