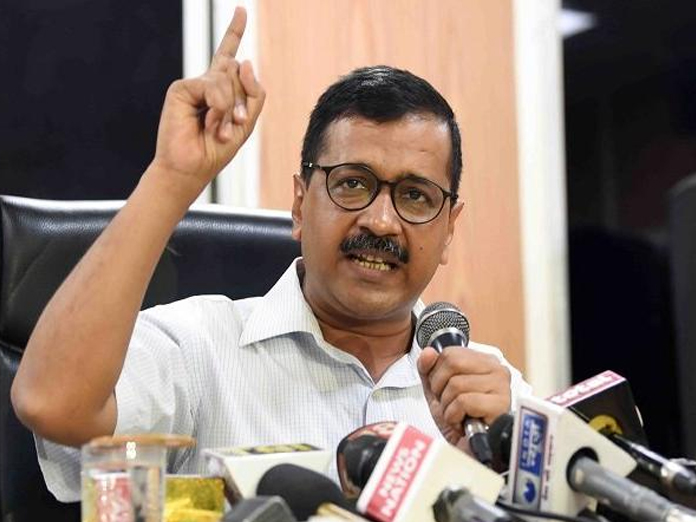 Gohana: Delhi Chief Minister Arvind Kejriwal on Sunday described the Pulwama terror attack as an assault on the nation and said it was time that Pakistan be given a strong reply.

Kejriwal was here to pay tributes to the CRPF personnel who lost their lives in the terror attack in Jammu and Kashmir's Pulwama district on Thursday. "Pulwama attack is a cowardly act. This attack was against humanity.

Pakistan is in the habit of carrying out such acts through proxy. But it is not in our blood to take on the enemy through proxy as we take our enemy head on," he said.

He said that entire nation is united, and Pakistan should be given a befitting reply. "Pakistan feels it can carry out such attacks and nothing will happen. But this time they need to be given a strong reply," the Aam Aadmi Party's national convener said.

Over 40 CRPF personnel were killed and five injured on Thursday in one of the deadliest terror attacks in Jammu and Kashmir when a Pakistan-based Jaish-e-Mohammad suicide bomber rammed a vehicle carrying over 100 kg of explosives into their bus in Pulwama district.

Kejriwal said, "It is an attack on the nation, we cannot sit silently. At this hour, the entire nation is with our government at the Centre, the prime minister, the security forces."

"From this platform, we want to tell the prime minister that the entire country will support you. There should be no politics at this time, we all are united. Pakistan should know that we can inflict heavy casualties on them," he said.

Kejriwal said the mother of one of the slain soldiers was suffering from cancer and some soldiers had to take care of their minor children. Their sacrifices should not go in vain, otherwise it will be a betrayal to their families and the nation, he said.
"We have to take revenge of the sacrifices they made.

Pakistan should be taught a befitting lesson, if this is not done the souls of the martyrs will not rest in peace. Many families of martyrs have demanded that Pak be taught a stern lesson," he said.