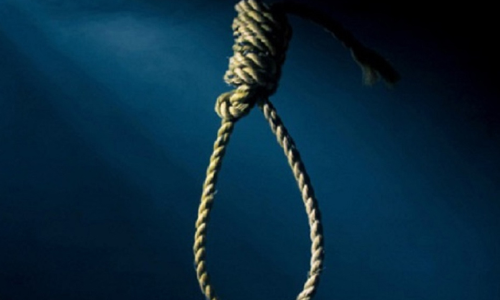 A 13yearold girl allegedly committed suicide by hanging herself from a ceiling fan in west Delhis Tilak Nagar on Saturday, police said

The police said they were informed about the suicide at 5.43 pm after which officials went to the spot. The girl, a Class 7 student, hanged herself from a ceiling fan when her family members were not home, a senior police officer said.

No suicide note has been recovered yet, he said. After preliminary investigation, the police said the girl might have taken such step under school exam stress. The body has been sent for post-mortem, the police said.