The enduring relevance of retail politics 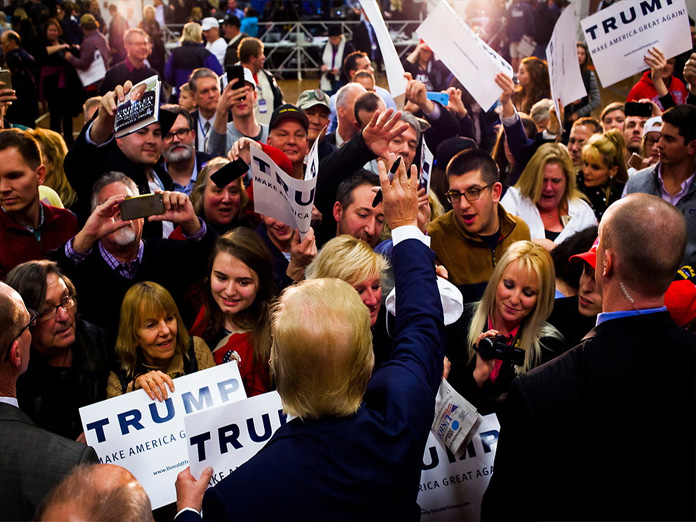 Even in this era of unregulated campaign sorties and mass media ad campaigns worth million dollars, it is worth noticing that some of the candidates...

Even in this era of unregulated campaign sorties and mass media ad campaigns worth million dollars, it is worth noticing that some of the candidates are still making the struggle to convey their message to all fragments of their constituencies, in person. Of course, it is worth noting the value of first-hand meetings with voters.

Yes, indubitably, politics is the decisive game of sales — selling an idea to the public while the politician makes an attempt to sell oneself. In this process, there arises a need for what is called retail politics. It is a style of political campaigning in which the candidate attends local events in order to target voters on a small-scale or individual basis.

According to Judith Trent and Robert Friedenberg, the two political communication scholars of America in Political Campaign Communication, retail politics is all about direct contact — meeting and talking to electorates to request their part for the candidature support.

Such an acquiescent method of retail politics has two major compensations. Firstly, upon meeting a political candidate who could convince them more through a face-to-face conversation, the electorates would definitely feel more affianced and they are more likely to be expected to support the candidate. Besides, as the retail politics sanctions more interaction, there would be a chance to the voters to get their doubts cleared up. It results in mutual engagement — as a result, the voters are made to feel that their concerns do matter.

The present-day politics demands careful targeting of voters in marginal seats. The rise of the mass media and the integrated, proficient election campaigns are now vibrant as they are appealing to the majority of the electorate. In this scenario, retail politics may seem like an element of a golden age of political campaigning, which could be kept off the record as antediluvian.

However, the impact of retail politics cannot be just shelved. At its heart, retail politics is all about visibility and availability. In actual fact, most voters will never have a chance to meet their local MLA or MP candidates. When they meet, the voters get a chance to form an opinion about the candidates. All such estimations about the personality and values of candidates would grow into the carrots of their electoral choice.

Additionally, the personal engagement privileged by retail politics has continuously worked for a two-fold drive. There is always a secondary onlooker while connecting the candidate with a distinct voter. Those bystanders could be other voters who are present in the scene, those who hear about the meeting through word of mouth, and, more and more, the wide-ranging media audience.

The unwitting disclosure of retail politics is that contender politicians speak directly to voters. They also retort the questions posed by the masses in ways that make sense to them. This has an advantage. The success mantra for any politicians is — he should know how to sell himself up on the doorstep of each and every voter. There is no doubt that the results obtained through retail politics are immense. The best example for this is of former Secretary of State Hillary Clinton’s current Hard Choices book tour. Another example for retail politics in the local set-up is — YS Jagan Mohan Reddy’s 341-day walkathon called Praja Sankalpa Yatra. It could be seen as a long-drawn-out retail political campaign.

Retail politics, the art of selling oneself, customarily takes many forms — rapid campaigns through road shows, speeches at local community centres and political pitches at religious places, universities, etc. This also includes door-to-door campaigning. John F Kennedy is known as the King of Retail Politics. According to the Times-Tribune, Kennedy visited Pennsylvania as many as five times for campaigning when he was trying to win the state in the 1960 presidential elections. Besides, he made manifold stops in 25 distinct counties — many of those stops were at local shopping malls.

By motive, a political campaign is a systematised exertion that attempts to power the decision-making process inside a definite crowd. The political campaigns every so often symbolise electoral campaigns in democracies. Perceptibly, the representatives are chosen or plebiscites are decided in this process.

It is the message that motivates the voter. Customarily, the message of the campaign contains the ideas that the contender wants to deliver to the voters. The inkling behind this is to get the support of those who agree with these ideas, thereby, getting sustenance to run for a political position. The message being conveyed often consists of several talking points about their future plans — the policy issues. Besides, the points abridge the main ideas of the campaign. For this entire process, retail politics could also become an ideal platform.