Women and the burden of unpaid labour 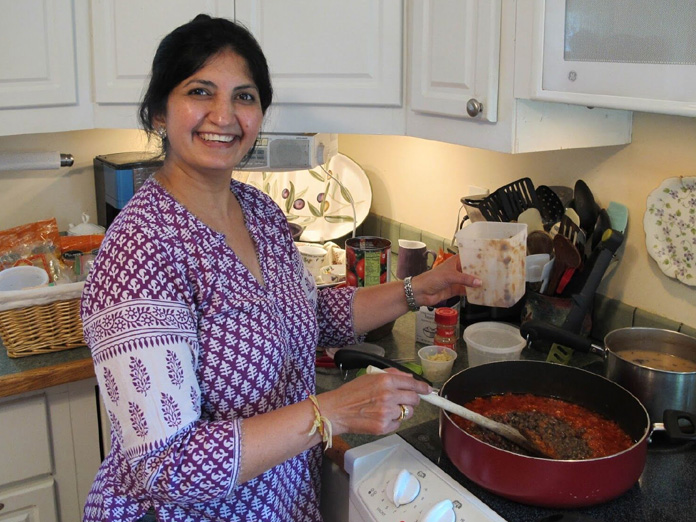 In most mainstream understanding of an economys welfare, the central figures of discussion are a countrys Gross Domestic Product GDP as well as employment figures The GDP of a country is, by definition a monetary measure of the market value of all the final goods and services produced within a country for a particular period of time,

In most mainstream understanding of an economy’s welfare, the central figures of discussion are a country’s Gross Domestic Product (GDP) as well as employment figures. The GDP of a country is, by definition a “monetary measure of the market value of all the final goods and services produced within a country for a particular period of time”, while the employment figures try to calculate the number of citizens engaged in some form of employment for a particular number of days within a year.

A 2009 report commissioned by then French President Nicolas Sarkozy stated that because GDP is “treated as a measure of economic well-being”, it “can lead to misleading indicators about how well-off people are and entail the wrong policy decisions”.

The centrality of both of these indicators to discussions on economic welfare, means that, often times, good GDP growth figures and low unemployment rates are taken as signs that the country is prospering and that all of its citizens are sharing in this prosperity. However, as indicators, both of these metrics can prove to be deceptive, as they often conceal as much as they reveal, and good growth and employment figures may not necessarily mean assured welfare for all citizens.

Domestic work and the invisibilisation of women’s work in India
The traditional Indian imagination of a household almost takes it for granted that certain jobs within the household are to be performed only by women. These tasks can include domestic upkeep, cooking, cleaning and childcare, while a broader definition would also include the hours of emotional labour that goes into holding families together and putting up with patriarchal constructions of what women are expected to tolerate and expect.

However, regardless of the hours of the day women put in to this domestic labour, the work is often dismissed as a set of daily chores and not accounted for in either the GDP or the employment metrics. Since the work done at home doesn’t necessarily generate products and services for the market, economists often ignore it in their calculations and the result is that a massive portion of the work done by women in India goes unrecognised as labour and is treated as a duty.

“While much of this imbalance is explained by the discrepancy in care-giving and unpaid work, institutional and policy inertia, outdated organisational structures and discrimination, one additional explanatory factor is the skills differentials in the types of degrees women and men seek out in their education,” says the World Economic Forum (WEF).

India particularly, is a country where this phenomenon is at its worst, with women putting in 352 minutes a day into domestic work while men put in only 51.8. While to the common observer, this might not seem like a problem, the fact that 49 per cent of women in a country of 1.3 billion people don’t have their work accounted for in the annual GDP, throws up several problems. The proportion of “unpaid work per day is far higher for women than men globally, while in case of India on average 66 per cent of women's work is unpaid,” says the WEF.

According to the Census in 2011, people engaged in household duties have been treated as non-workers, even when 159.9 million women stated that “household work” was their main occupation. In a report, the International Monetary Fund also suggested that if women’s participation in the economy was raised to that of men, then India could grow its GDP by 27 per cent.

Unpaid labour: The benefits of recognition
While the global value of unpaid domestic labour by women hovers around 13 per cent, in India, the number is almost 40 per cent of its current GDP. In recognising this labour as genuine work, the benefit to India in terms of its GDP figures is almost self-evident, more importantly however, is its potential at the level of families for women’s empowerment around the country.

Recognition is one of the most central processes in empowerment, and for more than 150 million women in the country, the recognition of their primary occupation as genuine work, that contributes not only to the family but to the welfare of the nation state as a whole, is such that it gives them a claim to equality within the patriarchal Indian household that only recognises the work done by men.

Second, it moves us towards a more holistic understanding of labour that isn’t purely tied to the exchange value of a service on the market and recognises an extremely intimate form of labour that has proved essential to keeping the unit of the family intact and functional.

Third, once recognised as work, this arena of unpaid domestic labour that is dominated almost entirely by women can become one where women can demand some degree of parity in terms of the time and energy expended on it. Without the recognition of unpaid women’s labour as genuine work, the building block of this argument goes missing and recognition becomes fundamental to this call for gender justice.

Aishwarya Jawalgekar sums it up best in Feminism in India: “We need to remember that empowerment cannot be found by simply rejecting the unpaid domestic work women have been shouldering for decades in favour of working outside the homes. Because when women step out of the house to work, the question of ‘who will do the housework’ still remains.

And because domestic work is still gendered, the responsibility eventually falls on women themselves. This promotes ideas like women aren’t competent workers, or that they have other priorities beyond their work.”

- Vineet John Samuel
(Courtesy: Down To Earth. The writer is a research assistant at Oxfam India)