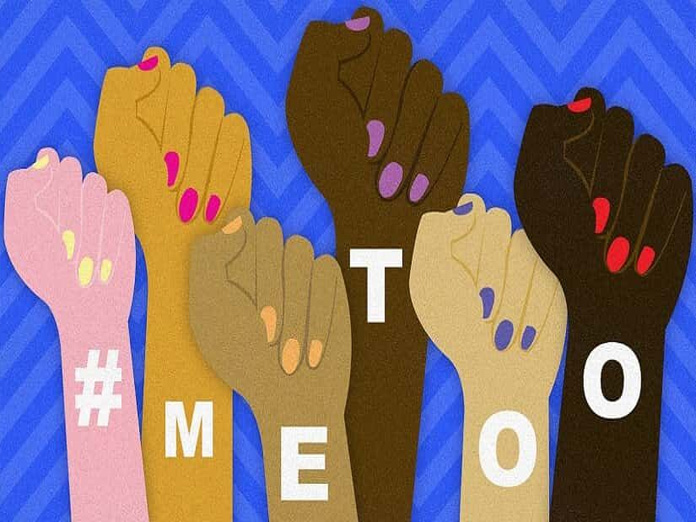 The MeTooIndia movement that witnessed a second wave in September 2018 has been an emotionally charged and turbulent time for many survivors of sexual harassment at workplace It also brought to the fore, faults in implementing redressal mechanisms such as the Sexual Harassment of Women at Work Place

The #MeTooIndia movement that witnessed a second wave in September 2018 has been an emotionally charged and turbulent time for many survivors of sexual harassment at workplace. It also brought to the fore, faults in implementing redressal mechanisms such as the Sexual Harassment of Women at Work Place (Prevention, Prohibition and Redressal) Act, 2013. However, what began as a movement to enable survivors to speak up — to seek some form of catharsis or justice — now seems like an ethical quagmire.

Much of this has to do with those accounts of harassment and assault that have been shared anonymously. Those who have taken on the role of torchbearers for the movement have done their bit to ascertain the veracity of the anonymous allegations, and provided a ‘voice’ to survivors through their Twitter accounts. It must be noted here that when a survivor chooses to stay anonymous and share her story through another person, it becomes the responsibility of those helming the movement to ensure confidentiality, especially if this anonymity is being promised by them.

There has been criticism (in the media and elsewhere) about the credibility of anonymous accounts and whether they might potentially derail the #MeToo movement. That’s a discussion for another day. A survivor may choose to stay anonymous for any number of reasons — fear of personal and professional retribution, the accused’s status and social capital, fear of losing employment or opportunities, the overwhelmingly anti-women nature of the Indian legal system.

It is therefore imperative for those with whom the survivor has shared her account to ensure anonymity — or if that isn’t possible, inform the survivor of the same. Unfortunately, several self-declared and assigned torchbearers of this movement have, in some cases, let survivors down.

I write this as I feel the time has come to discuss the ethics of the situation. A lot has been said about anonymity, about naming and shaming, and fear of defamation. But what we need to discuss is the ethics of being the torchbearer of someone else's stories; of making a career out of it. Is it right to breach the survivor’s trust by sharing details like his/her name, phone number etc with ‘friends’ so that they can get a story out of it, thereby violating the person’s privacy? Is it all right to share the survivor’s contact details without seeking permission, so journalists can get her to recount a traumatic incident? And frankly how many times should one relive an incident that one is trying to put behind them?

The other grey zone is that those heading the #MeToo movement have gained tremendous social capital out of it. As with all things social media, those who are sharing the stories have now become the story instead of the survivors.

The discussion has now moved from survivor and accused, to “which influencer is bringing down whom”. What this has also meant is a shift of power into the hands of a few. With survivors coming forward each day, this places tremendous responsibility and power in the hands of few: a power some acknowledge and others feign ignorance of.

So while some survivors are simply hoping to put their stories out there without really expecting any sort of justice (what is justice really?), those with this information are also becoming powerful with each account that is shared with them. Apart from the aforementioned social capital, there are also other offline benefits — like awards, for instance.

What about the survivors whose anonymity they breach? What about the aftermath of the accounts being shared — emotional and financial? Whose responsibility is it when these things happen? Is it right to make a career out of someone’s trauma?

It has been my observation that not all of those helming the #MeToo movement are involved in propelling a change offline. They have not much to suggest in terms of improving the existing system. Then again, is it right to expect that of them? Is it all right to expect that they would actually help with making an impact that isn’t driven by social media? But why not — considering how they’ve branded themselves as champions of women’s rights.

Never have I ever felt as disillusioned by a movement as I do today. A movement that I believed in, and participated in earlier. I do believe it has done a world of good in highlighting the gaps in implementing safeguards against harassment, the toxic nature of the media, art and corporate worlds in India. But the time has come to question the processes being applied by those collecting the traumatic accounts of survivors.

Central to any movement — especially a women’s movement — are the notions of accountability and responsibility. When we talk about holding men accountable and responsible for their behaviour and pushing for systems to change, we must remember that this has to be girded by a strong ethical framework.

Ignoring the ethical implications of our methods, of how we share information about survivors without their permission and use the movement for personal gain has larger implications for the movement as a whole. It is not only hypocritical but making the movement about a few people leading it means the conversation has shifted — and this is something we all have to introspect about.

I believe we cannot insist on a transformation in the way we treat one another at the workplace if we don’t get the basics right. We also cannot forget that the pace of some of these discussions taking place online is being spurred on by media houses themselves, who want to draw eyeballs to their sites. If #MeToo has to be successful, the movement must address the question: Time’s up for this behaviour, but what’s next?