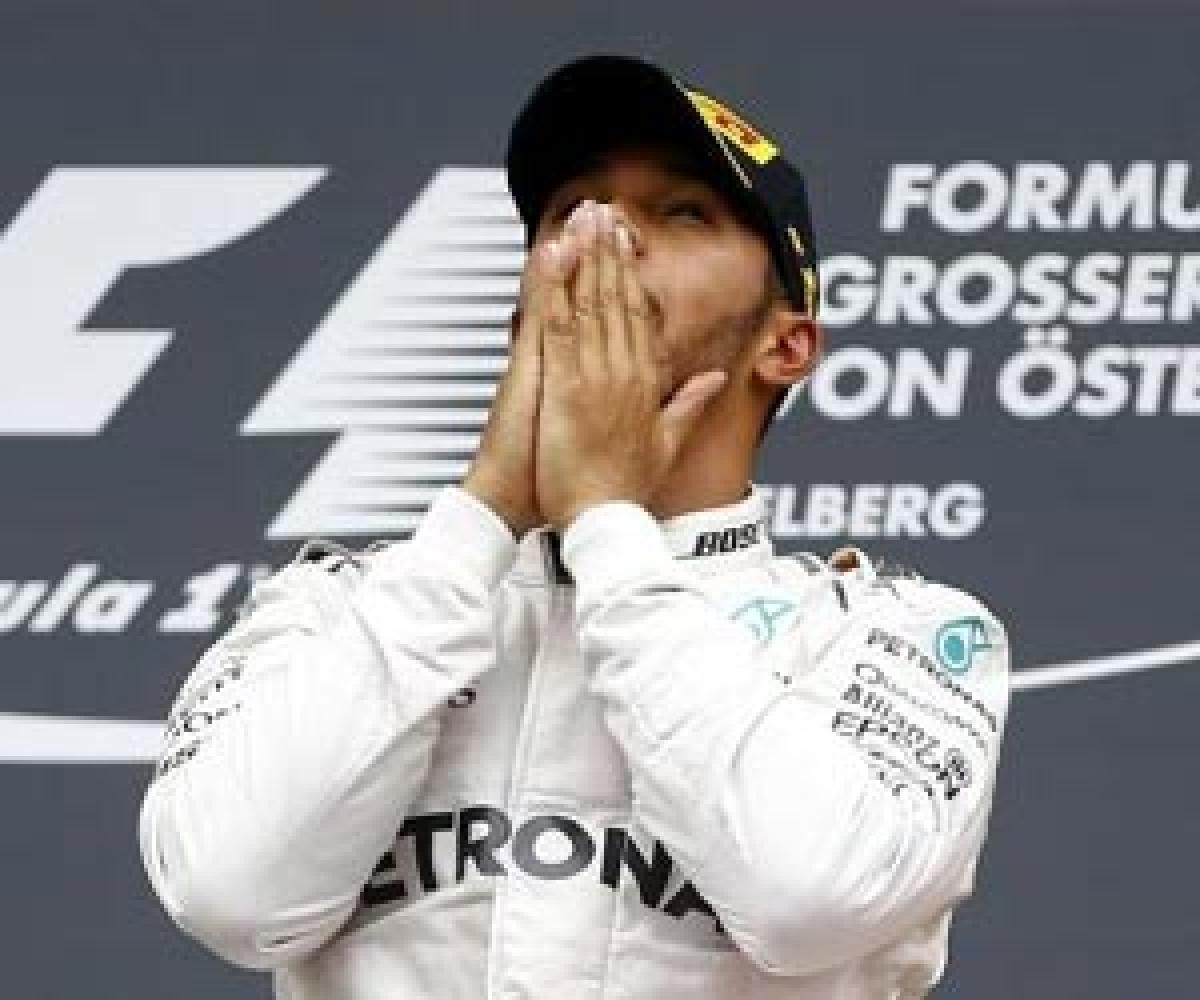 Lewis Hamilton will head into his home British Grand Prix praying for the sake of the fans that angry Mercedes bosses continue to allow him and team mate Nico Rosberg to race each other freely.

Lewis Hamilton will head into his home British Grand Prix praying for the sake of the fans that angry Mercedes bosses continue to allow him and team mate Nico Rosberg to race each other freely.

The pair collided on the last lap in Austria on Sunday, with Mercedes team head Toto Wolff threatening to impose 'team orders' -- making them hold position in the closing stages -- after what he called a "brainless" accident.

A 140,000-strong crowd is expected at Silverstone on Sunday with most cheering on Hamilton who won last year.

"You could go to Silverstone and be told 'Don’t move'. That would be the worst," Hamilton told reporters after winning Sunday's race while Rosberg limped home fourth in a damaged car and had his overall lead cut to 11 points.

"I didn't come into this to be in that situation," added the triple Formula One world champion who said team orders went against all his racing values.

"I will pray and hope that's not the situation, firstly for myself because that would take the joy of racing out and second for the fans because it will rob the fans of what they pay so much for," said Hamilton.

"They save up all year to go to the Silverstone GP or whatever race it is. Team orders is not something that should deprive them."

Hamilton said real racing was the reason why fans were so passionate about the sport, spending hours in muddy campsites and handing over hard-earned cash to buy merchandise.

"My fans feel what I'm feeling and it's why I have such a connection with them," he explained.

The champion recognised emotions were running high but suggested "brainless" might not have been the best word for Wolff to use.

Hamilton also recalled the infamous 2002 Austrian Grand Prix where Ferrari's Brazilian driver Rubens Barrichello led all the way but was then ordered at the end to let Michael Schumacher win.

"I was disappointed as a fan back then and we never want to see team orders like that ever happen," he said.

"The great thing is that Toto and (non-executive chairman) Niki (Lauda) have been great these past three years in allowing us to race.

"We're driving at 200-plus mph and you expect us to drive around and never, ever have a problem? I doubt it. So I hope that it doesn't change and we can continue to race."