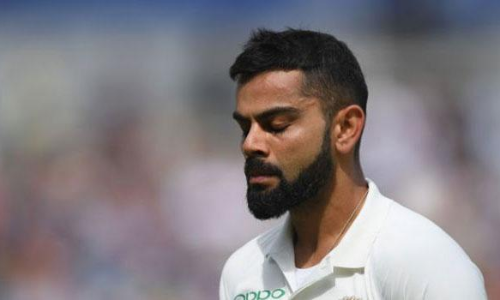 Dubai : Indian captain Virat Kohli’s reign as the top-ranked Test batsman is in danger after the updated International Cricket Council (ICC) rankings were released on Tuesday.

The 30-year-old, who has held on to the top spot since the Edgbaston Test against England, could manage to score only three and 34 during the first Test against Australia at the Adelaide Oval. As a result, Kohli has conceded 15 points to slip to 920 points, which has reduced his lead by seven points.

The latest threat to the Indian captain is New Zealand’s Kane Williamson. Following a stellar performance of 89 runs and 139 runs against Pakistan in Abu Dhabi, the right-hander was richly rewarded with 37 points to leapfrog into the second position on a career-high 913 points.

With Williamson breathing down Kohli’s neck, the India captain will be under pressure to perform strongly with the bat in the second Test starting from December 14 in Perth.