'He thinks wickets': All batsmen should be scared of lethal Bumrah 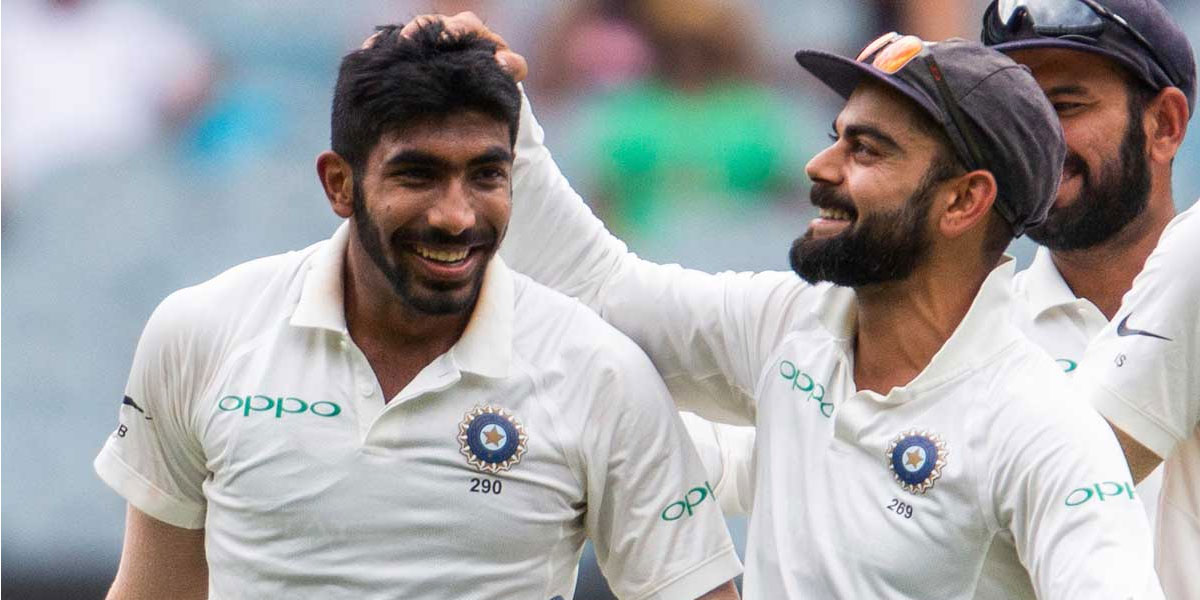 The 25-year-old right-arm quick with an unorthodox rigid action took 9-86 in the Melbourne Test against Australia, including a career-best 6-33 in the first innings.

In his first year of Test cricket he has claimed three five-wicket hauls overseas -- in South Africa, England and now Australia, where his exploits were central to India's 137-run win.

"Credit has to go to the bowlers. I think they have been outstanding, especially Jasprit. The way he bowled in this Test match was outstanding," said Kohli after win gave India a 2-1 lead in the four-Test series.

"The mindset he has at the moment is what separates him from anyone else in the world right now.

"He looks at a pitch and he doesn't think it's a hard toil, he thinks wickets, he thinks how can I get a breakthrough for the team.

"He's as strong-headed as I've seen anyone in the past and that's the key to his success that I've seen in the last 12 months, the way he has matured as a Test cricketer."

He added that the way Bumrah was bowling so soon in his Test career "is a very scary sign for batsmen around the world".

Kohli is widely seen as one of the best batsmen of his generation and even he said he wouldn't want to be facing Bumrah on surfaces like the recent Perth Test, where the cracked pitch caused variable bounce and numerous blows to the body.

"In Test cricket, especially on a pitch like Perth, I wouldn't want to face him to be honest because once he is on a roll, he can really crank it up."

It wasn't just the bowlers that were impeccable for India in Melbourne. The batsmen, led by Kohli and Cheteshwar Pujara, were also top class.

Kohli said he was most proud of the way the team bounced back after losing in Perth.

"I think that takes more mentally out of you than starting a series well, so I think that's why this victory is more special for the bowlers," he said.

"They've been so tired and bowled so many overs. Even in this game they had to put in more effort because of the nature of the pitch. So outstanding, hats off to them."