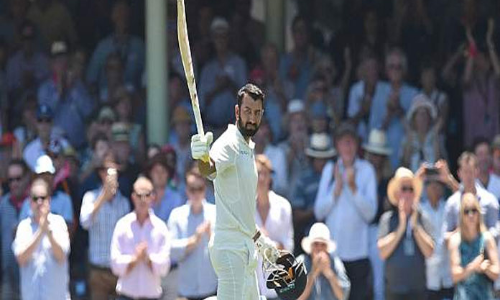 A rampaging Rajasthan will keep in mind the unpredictability factor that has defined Karnatakas season so far in the Ranji Trophy, when they meet in their quarterfinal starting here Tuesday

Bengaluru: A rampaging Rajasthan will keep in mind the unpredictability factor that has defined Karnataka's season so far in the Ranji Trophy, when they meet in their quarterfinal starting here Tuesday.

Rajasthan have been on a roll in the group stage, winning seven games, including three with bonus points, and finishing at the top of the table with 51 points from nine outings.

The hosts, who were placed third with 27 points, won three games and lost two, besides three drawn games.

They beat Maharashtra, Railways and Chhattisgarh, but lost to Saurashtra and Baroda, making them one of the most unpredictable teams this season.

Krishnamurthy Siddharth and Dega Nischal, who have scored 651 and 613 runs, have been the only consistent batsmen for the home team in the group stage. Nischal and Siddharath have scored three and two centuries.

Siddharth and Nishcal would hope to continue in the same vein. Captain Manish Pandey and B R Sharath, who have scored a century each, would also be keen to get big scores.

Scoring against a formidable bowling attack led by Aniket Choudhary and Tanvir-ul-Haq, would not be easy for Karnataka batsmen.

Aniket and Tanvir bagged 47 wickets each in the absence of Pankaj Singh and Khaleel Ahmad, who is with the India team in Australia.

Rahul Chahar and Nathu Singh also have been outstanding, claiming 36 and 22 wickets, respectively.

In contrast, Karnataka's bowling hasn't been that impressive with the think-tank making far too many changes. Ronit More, Shreyas Gopal and Jagadeesha Suchith have been their most successful wicket-takers.

More has scalped 29 wickets from six matches and Gopal 26 in eight outings, while Suchith bagged 24 in five games.

Abhimanyu Mithun (17), Krishnappa Gowtham (13) and Prasidh Krishna (12) also have been among wickets.

Despite having a good number of wickets against their names, Karnataka bowlers may find it difficult to get Rajasthan batsmen out twice.

Robin Bist and Captain Mahipal Lomror, have scored 684 and 616 runs, respectively in league stages, with both smashing two centuries each.

Opener Amit Gautam also has scored 583 runs with a century, besides Chetan Bist and Ashok Maneria, also getting one each under their belt.