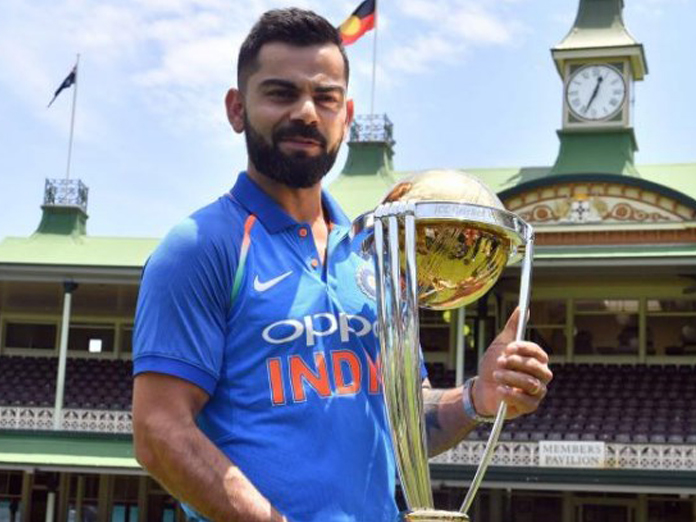 Men in Blue are being called as a onceinageneration side as the World Cup looms, capping off a perfect finish to their historic Australia tour with a maiden ODI bilateral series victory

New Delhi: Men in Blue are being called as a once-in-a-generation side as the World Cup looms, capping off a "perfect finish" to their historic Australia tour with a maiden ODI bilateral series victory.

The Indian cricketers will come back home without having lost a Test or limited-overs series. For the first time on Australian soil. In the tenure of 71 years, the test victory was India's first in Australia. In Melbourne, on Friday a crowning achievement burnished by another historic first as the visitors clinched the ODI series 2-1. Earlier India drew a three-match Twenty20 showdown 1-1 after one match was washed out, finishing the tour without losing a series in any format.

Other Indian dailies called it a "perfect ending" and "series of firsts"."One-Day wonder Down Under", ran a front-page headline in the weekend edition of the Indian Express newspaper.

Captain Virat Kohli, riding on a high, is already looking ahead to the World Cup scheduled in the month of May, confident his men have hit their stride as the coveted ODI cup looms. The skipper told, “We are feeling confident and balanced as a side with the World Cup in mind".

"In all the three series we bounced back in different stages, and I think that builds team character ahead, especially when the World Cup is so near. If everyone contributes at different stages, it is then you win a big tournament" he further added.

Veteran commentator Harsha Bhogle told broadcasters Sony Six after India's seven-wicket win in the third ODI, "The teams that used to come to Australia, you can't compare those teams to this one. It has only happened twice in history that a visiting team has won a Test and ODI series in Australia."

Sanjay Manjrekar Indian cricketer-turned-commentator also praised their "nonchalant" confidence on foreign soil and pointed to "signs that they are setting themselves high standards" going forward.

Veteran wicketkeeper-batsman MS Dhoni, who defied critics to smash an unbeaten 87 and register his third straight ODI half-century reserved special praise for himself. The 37-year-old had been accused by some of losing his lustre as a finisher but was named the man of the series after driving India's tricky 231-run chase at the MCG.

Sachin Tendulkar the legendary batsman also praised Dhoni on Twitter, saying he "once again played the role of the anchor beautifully!".

Now India will head to New Zealand for a limited-overs series, starting with the first of five ODIs in Napier on January 23. The 50-over World Cup is scheduled to begin in England on May 30.